Although historians and archaeologists still argue, Uruk is widely considered the oldest city. Located in southern Mesopotamia (Iraq) on the Euphrates River, Uruk was inhabited between 4500 and 500 BCE.

With its rivers, abundant wildlife and grains, the surrounding plains gave rise to a city-state with a complex stratified society and full-time bureaucracy and military. Traders and colonists exported this culture throughout the region, and the arts thrived. Cuneiform writing developed and was used to record the Epic of Gilgamesh, a poem regarded as the earliest surviving notable literature.

It is a long way – both in distance and time – from the mudbricks of prosperous Uruk to the skyscrapers of London, the first modern city to have more than a million inhabitants, or Tokyo, which is now the largest with 37 million. But, in a sense, you can trace a straight line to these metropolises because ever since, cities have been central to humankind’s most significant innovations, theories and greatest triumphs.

Today, 56% of the world’s 7.9 billion people live in cities. Three million more migrate every week, attracted by the employment, educational and social interaction opportunities cities offer. By 2050, when the global population is expected to be 9.9 billion, more than 70% of humanity is likely to live in cities.

There are more than 2100 cities worldwide with more than 250,000 residents. Many, particularly in Africa and Asia, are experiencing hyper-urbanisation that is stretching existing infrastructure. This creates fragile environments where the imbalance between expectations and reality created by social inequality, pollution, crime and violence is causing the social contract to break down.

Although Uruk only reached around 60,000 residents at its peak, many of the problems that would have confronted its officials – overcrowding, environmental degradation, crime, resource scarcity – still plague cities today.

However, one significant difference is that megacities like Dubai, New York, Hong Kong, Paris and Shanghai are now part of a global economic network. Their size means they have more economic power than many nation-states, and the way these cities confront their challenges can have impacts felt around the world. The success of modern cities in addressing their challenges has far-reaching implications for the future of this
small planet.

“If we get our cities right,” Robert Muggah of the Igarapé Institute, a Rio-based think tank, and a leading theorist on cities, says, “we might just survive the 21st century. If we get cities wrong, then we are doomed.”

No two cities are the same, so each city has its own unique set of problems stemming from history, geography and social construction. Yet, there are challenges common to all. Here are some of the most significant confronting European cities:

Uruk is a testament to the impact cities have on their environment. The ruins of the first city are found in a desert once known as the Fertile Crescent. According to a recent study, exposure to a combination of climate change and overpopulation destroyed many cities in the region 4000 years ago. Dan Lawrence from Durham University, says, “Climate might have pushed them over the cliff, but they were already teetering on the edge … they were unsustainable in their own right.”

Today, the Intergovernmental Panel on Climate Change (IPCC) continually warns about the existential threat of climate change. Cities only take up 3% of the global surface area but account for 75% of the energy consumption and 80% of greenhouse gas (GHG) emissions. GHGs drive the climate chaos causing more frequent and extreme weather events that devastate cities, leaving financial losses and deaths.

Europe is not immune to extreme weather, as the catastrophic floods of 2021 highlight. Making cities more resilient to environmental threats is one of the biggest challenges. The other is reducing the emission of GHGs causing climate disaster. 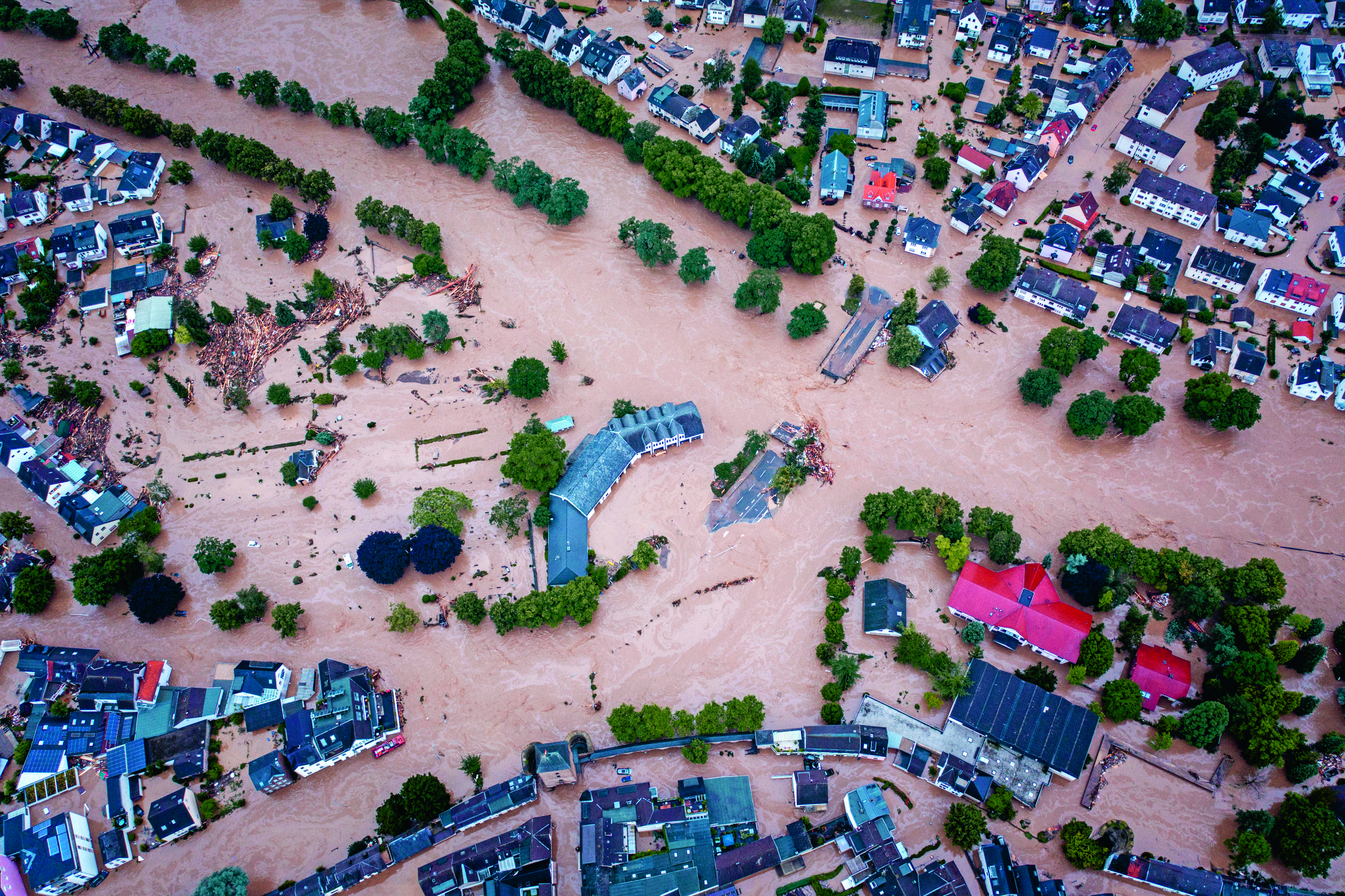 Europe is not immune to climate change. The July 2021 floods killed at least 243 people in five countries and €2.55 billion in insured losses. The total damage cost has been estimated at €10 billion. Image: Adobe Christian

This means European cities will have to adjust their health care, and public infrastructure, housing, and social policy. The challenge will be exacerbated in countries where the overall population is in decline: Greece, Italy and Portugal, and almost all eastern European countries. This will further strain welfare systems as costs for health care, pensions and social benefits will be shouldered by an ever-decreasing number of younger workers.

There is no denying there is an affordability problem, but these policies will be self-defeating in the longer term even if they provide relief to today’s tenants.

Several of Europe’s most iconic cities have introduced controls to curb spiralling rents. London is considering controls, while Amsterdam now has laws restricting investors from buying newbuilds to rent them out expensively or legislation on short-term rental platforms, like Airbnb.

Housing affordability is a hot-button issue because it hits people where it hurts most – their wallets. Politicians are responding to voter pressure with policies aimed at dampening rental and price increases. Marcus Cieleback, Chief Urban Economist at PATRIZIA, says, “There is no denying there is an affordability problem, but these policies will be self-defeating in the longer term even if they provide relief to today’s tenants.”

In Priced Out: Europe’s affordability challenge, Cieleback explains that rising rents and prices result from urbanisation, a decades-long trend. Given the impact of COVID-19, this will continue. Wages are likely to stagnate, rural migration continue and housing costs climb.

Affordability is causing growing polarisation in European cities, which inclusive and equitable policies can address. Solutions will not be easy. Impact investing, the idea of combining the long-term sustainability of financial performance with greater emphasis on society, and environmental and social values, is gaining traction. It could contribute to addressing affordability along with social housing and upzoning single-family areas to allow a greater density of units.

“Twentieth-century urban America didn’t belong to the skyscraper; it belonged to the car,” Edward L. Glaeser wrote in Triumph of the City. The same can be said of Europe. The fixation with private vehicles powered by internal combustion engines has resulted in environmental pollution, traffic congestion, long commuting times, reduced liveability and issues around human health and personal safety.

Decreasing ownership of private vehicles in favour of efficient and connected public transport and active mobility modes could ease these problems. For example, Copenhagen and Vienna have banned cars on many streets. Barcelona and Paris have replaced car lanes with bicycle lanes. London and Stockholm require drivers entering their city centres to pay a heavy toll charge. Such measures can tilt drivers to environmentally friendly modes of transport, but adequate public transport alternatives need to exist.

The EU notes such policies also need to be backed by legislation and governance measures to ensure new transport modes, such as autonomous electric vehicles, complement rather than compete with public transport. 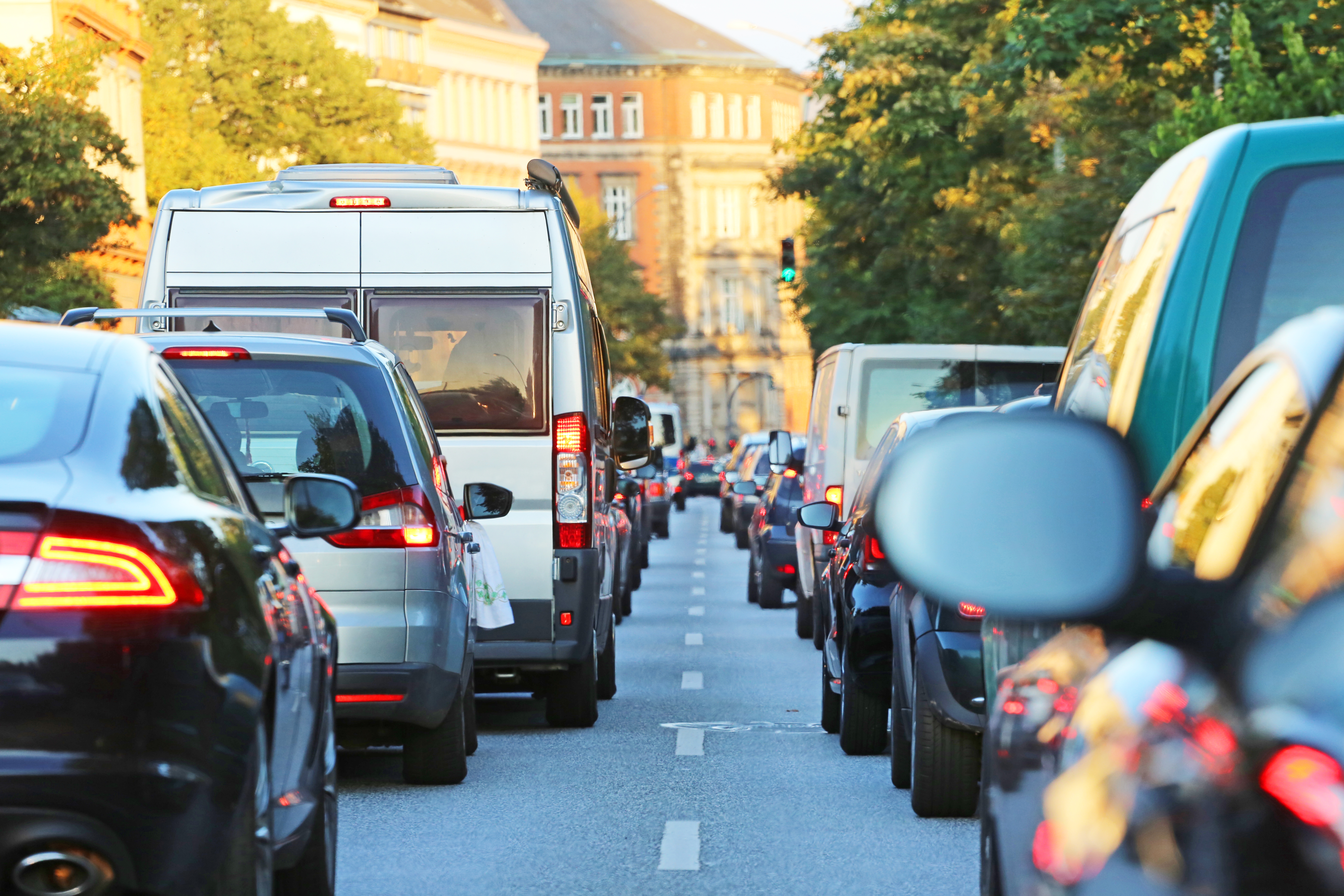 Liveability describes the conditions of a decent life for residents of cities. It embraces the health, education, culture, entertainment and security, infrastructure and many other aspects that make cities so attractive. The tension for cities is maintaining and even improving the liveability of their environs to ensure they remain attractive centres of creativity and innovation.

As noted, the challenges city administrators face today do not differ in nature from eras gone by. What has changed is their scale and complexity. If humankind is to surmount the challenges of the 21st century, then the focus will need to be on developing thriving, healthy, liveable cities with low pollution, integrated transport systems and low emissions. This costs money. Many European cities with a shrinking number of residents and declining revenues from local taxation (especially after COVID-19) will struggle to meet the increased demand for social services and income support, let alone more ambitious regeneration plans. 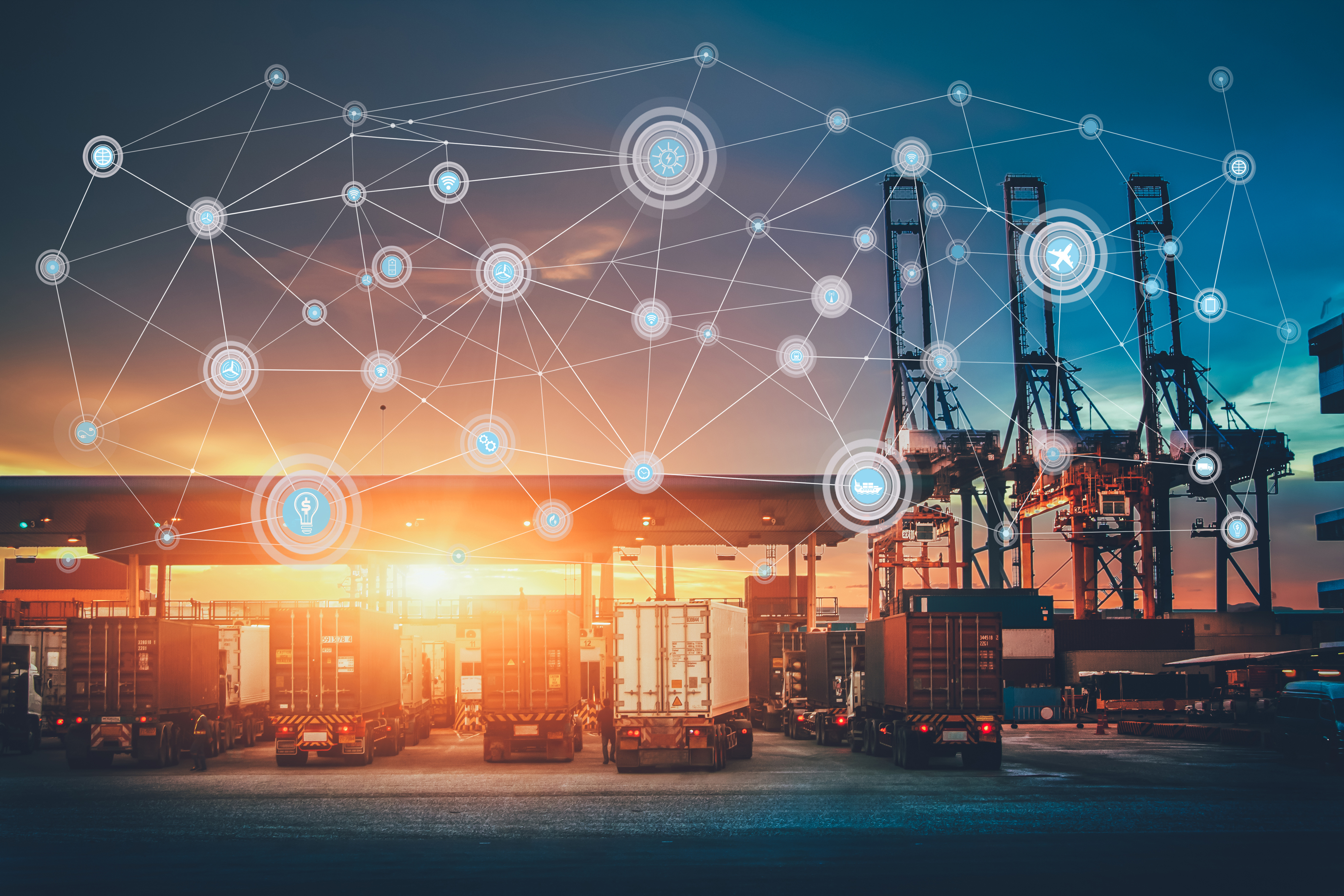 Cities need resources such as water and energy to be viable. Delivering these requires infrastructure, along with the airports, harbours, roads and transport systems that are essential for a modern city to function and be integrated into the world. Cities face the dual challenge of maintaining existing infrastructure, some of which can be more than a century old, while grafting on new infrastructure.

In recent years, ‘smart technology’ has been hyped as a solution to many of the infrastructure problems that beset cities. Such technology will be increasingly used in the development and running of cities of the future. However, it can create new problems, for example, around privacy or excluding city residents who cannot afford the technology or lack the capability required for its adoption. This could create a new form of social divide rooted in the technological.

Norbert Streitz, a noted German scientist and strategic advisor, has commented that, “Smartness is not a goal in itself, but rather the creation of a humane city, a sociable city and cooperative city that engages citizens in an urban community.”