When PATRIZIA bought the Coca-Cola building in Berlin’s trendy Mediaspree in 2016 for the PanEuropean Fund, it was a first mover. Since then, the media and communications park has really taken off.

The crate of bottles building

From the outside, the building looks like you could pick it up and fill it with bottles. The stylish seven-storey Coca-Cola structure on the banks of the River Spree resembles a crate. Designed to be in line with the area’s new and historical cube-shaped buildings, it is tiled in various shades of Chinese vermillion – a cheeky reference to the occupier’s globally recognised branding colour.

From the riverside, however, the building is strikingly modern. The fully glazed façade has an elegant S-shaped profile cast by rows of horizontal girders spaced to preserve heat during the winter and keep a cool temperature during the summer. Balconies line each floor and there is a wide, inviting canteen that spills out on to the sidewalk. 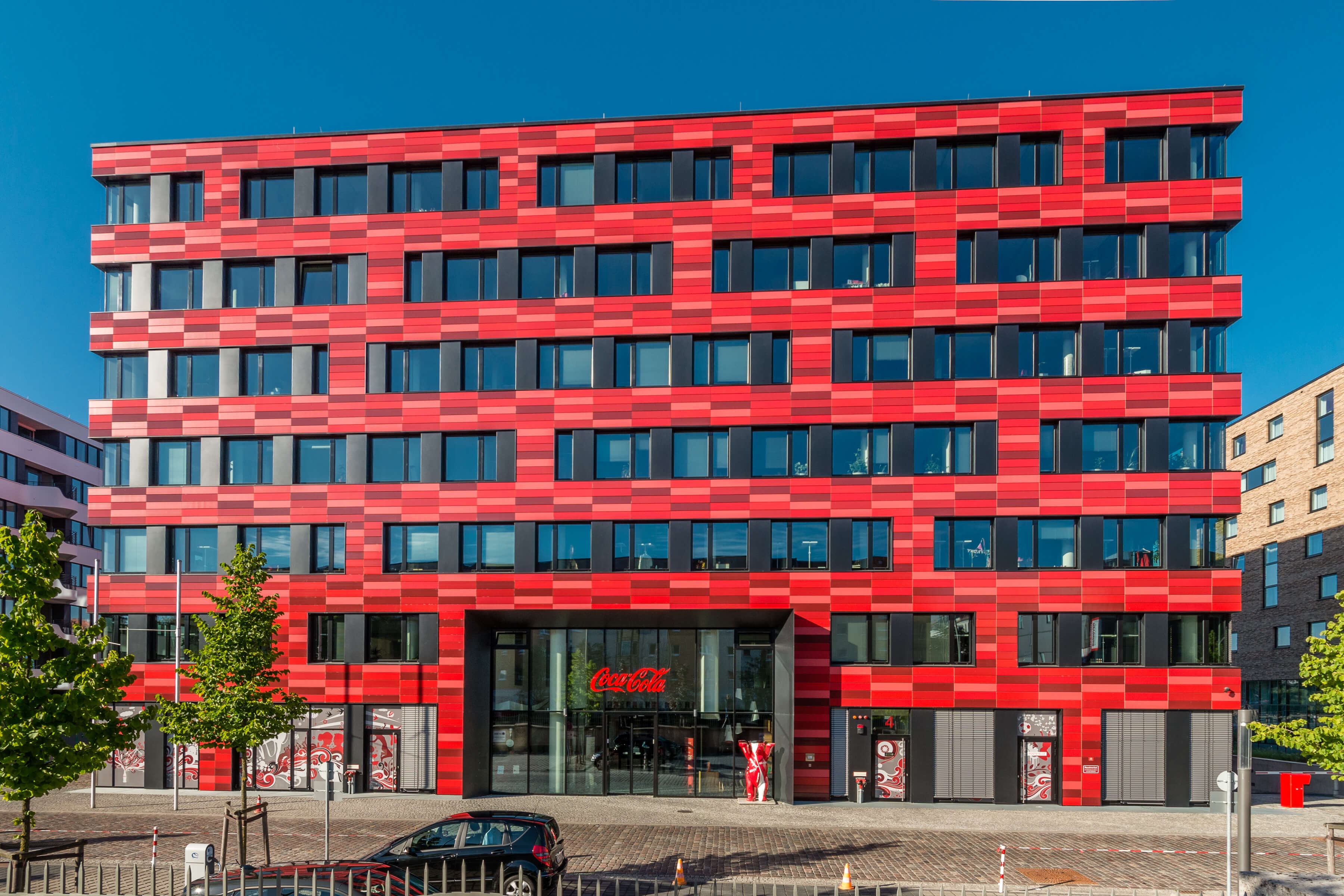 The building was one of the first to be built on the former Osthafen in Mediaspree, one of the reunited city’s biggest urban planning projects. The 3.7 km long and 180 hectares media and communications park – once a 19th century industrial and commercial hub – borders on the city’s historic centre, the Mitte, and is located between the trendy areas of Kreuzberg and Friedrichshain. Today Mediaspree is one of the city’s most exciting office and mixed-use locations in Berlin. But it really only took off in the mid-2000s.

Red and green all over

Philipp Bauer, Project partner at the architect firm NPS Tchoban Voss explains the brief: “Our job was to develop a building and settlement concept that would make what was a derelict industrial site interesting for residents and businesses.”

The firm designed the Hotel nhow Berlin, Coca-Cola’s HQ, and the residential block The White to harmonise with each other and the historical buildings in the area, but also, to highlight some of the differences. The tiles in the Coca-Cola building are in alternating red tones to contrast with the hotel, but also are a reminder of 19th century brick industrial buildings. They are green too – part of an energy and environmental concept that won the building a gold LEED certificate.

"It’s almost as though the city of Berlin has been expanding towards the asset."

The tiles are recyclable; the glazed façade acts as a thermal regulator; a layer of white painted gravel on the roof reflects heat; all wood comes from sustainable sources; bicycle parking areas, showers and changing rooms encourage staff to cycle to work; and the building’s energy demand is 10% below energy saving regulations.

Thought has also gone into the wellbeing of those working inside, with light and airy office spaces and acoustic absorption elements cutting out noise. Those needing a break need only step on to a balcony to soak up the river scenes – or reflect on the area’s dramatic past.

The Berlin Wall once stretched along the river’s northern bank, with DDR guards controlling the borders from former industrial buildings. After the wall fell, Berlin had an uncertain future. It was not yet the country’s capital; it had no industry, businesses either left or went bankrupt, and there was a housing glut.

So, the Mediaspree got off to a slow start. Not only was it still contaminated by industrial waste, but, as Ulf Christiansen, PATRIZIA Transactions Director in Germany says, the area “seemed very far away from West Berlin”.

The 32-storey Treptower, built in 1998, and also in the portfolio of PATRIZIA since January 2020, was one of the first Mediaspree developments. Others followed, including Universal Music, which moved into a former 19th century egg-cooling house. The opening of the renovated Ostbahnhof metro station in 2000 gave the project new life, as did a zoning plan passed by the Berlin Senate in 2002. In the same year, a 1907 granary was converted into trendy lofts. But development on any real scale only began in 2010.

Moving in on a good deal

The panEuropean Fund from PATRIZIA, the oldest open-ended fund in Europe, kept tabs. “We’ve always been first-movers, and we were looking for something in Berlin that was well-established but with potential for substantial growth”, says Flavio Casero, Managing Director, Fund Management.

“With digital start-ups becoming the business of the city, we wanted to understand how they chose locations, and we found the biggest factor was being close to talent. Mediaspree borders on the hip areas of Friedrichshain and Kreuzberg.” 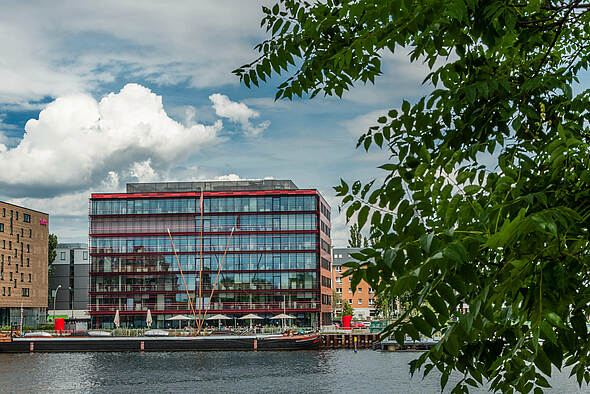 And that talent, millennials, want to cycle to work. “They want to be close to bars. They want to be able to work and party in the same location, and also, live nearby.”

This is why, in 2016, PATRIZIA snapped up the Coca-Cola building for the PanEuropean fund. Since then, both Berlin, and Mediaspree have more than met expectations. Berlin is now not only the capital of Germany’s booming technology, media and telecom sector, but also a mecca for the young from all over the world.

The city’s population is projected to increase by 10% to 4 million over the next ten years, and employment is growing at a rate of 40,000 jobs a year. And a wide range of businesses is moving into Mediaspree, including Amazon, Adidas, WeWork and Zalando.

“The development has been enormous”, says Casero. “It’s almost as though the city of Berlin is coming down towards the river edge to where the asset is.” When the fund bought the Coca-Cola building, rentals were around €17 a square metre. Now some prime units are approaching €40. “We are a great believer in Mediaspree, where we are focusing on long-term investments to capture the benefit of even more improvements.”

Switching to digital: the paradigm shift in real estate …