Increasing numbers of investors are eschewing traditional bidding procedures in favour of off-market deals, which are as effective as they are efficient.

In many major European cities, the demand for quality real estate is enormous. It is not uncommon for dozens of prospects to jockey for a property the minute it comes on the market. Generally, the seller then attempts to drive up the price by conducting several rounds of bidding, until only one or two prospective buyers remain, who ultimately pay the highest asking price.

This is all well and good in theory. In reality, however, the situation is often quite different.  When dealing with somewhat unusual portfolios involving multiple sellers who have different ideas or even with complex, incomplete project developments, a bidding process can be fairly risky. At times, interest and exchange rates are subject to rapid fluctuations, to say nothing of unpleasant surprises in legal matters. Political decisions may be another source of irritation. Both buyers and sellers need to factor in these risks.

As it is, the process often takes several months and racks up enormous (dead deal) costs. Too many competitors, long drawn-out procedures and limited chances of success — that is why some prospective buyers reject structured bidding processes from the outset, as they attach great importance to speed and discretion, and are driving a trend to off-market deals.

On the other hand, in an off-market procedure, a seller or specialised broker turns to a small, select group of potential investors whose profile is a good fit for the property or package on offer. These investors may already have comparable properties in their own portfolios and achieved positive outcomes with similar deals, or are known to be highly reliable, professional partners who offer discretion and a high probability of bringing a transaction to a successful conclusion.

Once interest in the purchase is confirmed and agreement on the price has been reached, the transaction is generally processed quickly and discreetly. If this doesn’t work out, the seller hasn’t really lost anything and can still initiate a bidding procedure. Doing this the other way round, however, is far more difficult. By the end of a structured bidding process, the property has already been on the market for so long that potential buyers may be cautious, suspecting there must be a problem with the property.

6 months from purchase to sale

A shining example of PATRIZIA’s successful off-market transactions is that of a Nordic real estate fund. Acting on rumours that a 14 000-apartment portfolio was about to become available, the company made an off-market, 900-million-euro approach within the scope of a public offering in spring 2015. This was accepted in May of that year by a majority of the approximately 8 400 shareholders from Norway and Sweden. The vast majority of the portfolio holdings (more than 13 500 apartments) were located in Germany.

“Only with extensive local networks on the ground is it possible to hear about lucrative real-estate transactions in time.”

From the outset, PATRIZIA planned to make the residential portfolio available to its customers and to third parties as a potential investment. Just six months later, it all came to pass: Deutsche Wohnen AG purchased the portfolio for around 1.1 billion euros.

It is virtually impossible to hear of these potentially lucrative transactions in time without regional experts with extensive local networks on the ground. "The transaction underscores once again the importance of having extremely competent local teams and demonstrates the scope of our expertise in complex structuring, financing and real estate valuations," said Philipp Schaper, Group Head of Transactions at PATRIZIA Immobilien AG.

PATRIZIA also demonstrated the quality of its network in handling complex transactions in the UK. In 2015, PATRIZIA acquired First Street, an 80 000 square metre mixed-use site from a private property company in Manchester. The vast complex initially included offices and an extensive retail and leisure offer as well as a hotel. This sits alongside development land for a residential build-to-rent scheme as well as further offices. 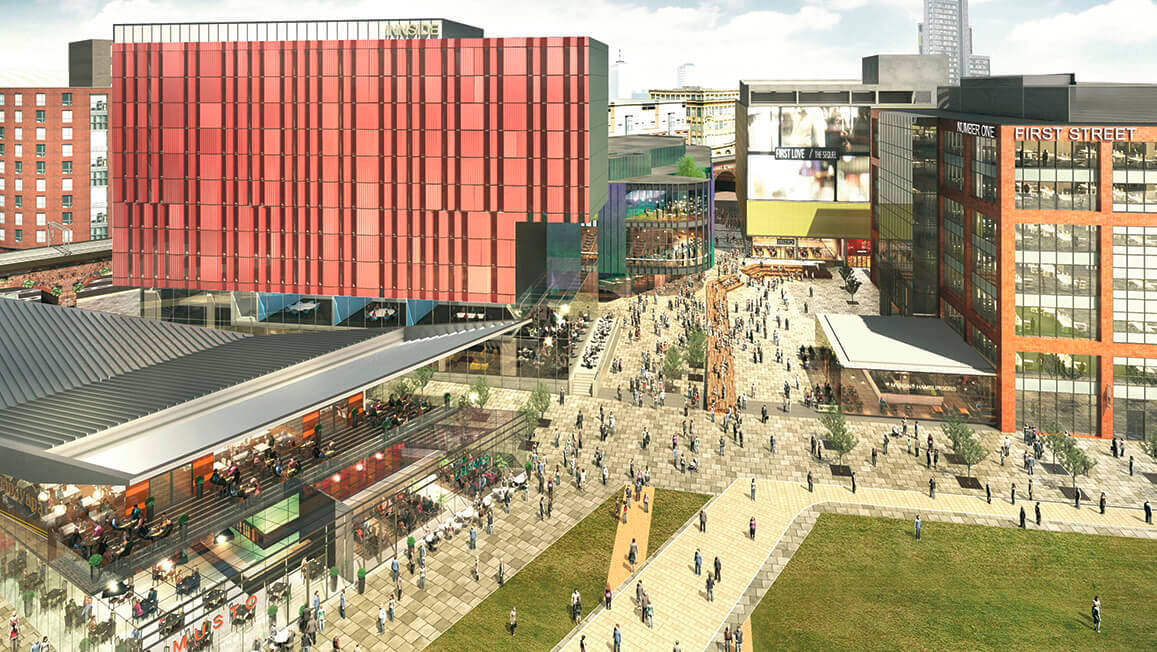 “Our strategy calls for investing in fast-growing locations across the UK,” says James Muir, Managing Director of PATRIZIA UK. “We always knew of the potential of this thriving, urban mixed-used site, so when we knew we had an opportunity to secure it, we moved in fast.” In June 2016, PATRIZIA UK obtained planning permission for 624 build-to-rent apartments, delivering on our plan and further enhancing First Street as an attractive scheme. James Muir added: “We have already kick-started the place-making and our task is to continue delivering on our vision for First Street as the leading destination to work, live and stay in Manchester.”

Our Danish subsidiary achieved success in the very heart of Copenhagen – in the most exclusive part of the Strøget shopping street — in a co-investment with a German pension fund. The 5 400-square-metre plot with a total usable area of 25 000 square metres was purchased for the equivalent of 200 million euros in 2015.

This required two separate transactions, one off-market and one on-market, with the Danish institutional investor Unipension and the Bank of Ireland, but it was certainly worth the effort. “The Galleri K block offers a rare investment opportunity on Copenhagen’s main shopping street with a first-class retail and office product,” explains Rikke Lykke, Managing Director of PATRIZIA Nordic Region – Denmark, Finland, Norway and Sweden.

The six-storey business block ‘Galleri K’ — featuring retail shops, offices and apartments — was built between 1752 and 1900 and extensively renovated and modernised in 2005/2006. “We obtained the unique opportunity to acquire the entire block by initially ensuring an off-market exclusivity on the upper part of the building before the lower part was put on the market.”

The off-market option, however, is not always available. For example, for legal reasons, off-market deals are out of the question for any seller who needs the security of audit compliance. Those required to prove to their shareholders that the highest possible sales price was reached have no alternative than to go through a bidding process. The liability risk would be too great otherwise.

The same applies for insolvency administrators who are required to raise maximum funds for the creditors. PATRIZIA is experienced in this area, having been able to purchase a portfolio of retail real estate from the insolvency estate of Deikon (formerly Boetzelen Real Estate AG). The 86 specialty stores and supermarkets, with a total of 133 000 square metres of leasable area, were offered for sale in a two-stage bidding process in February 2013. The previous owner had run into difficulties during the financial crisis and was forced to declare bankruptcy in 2012.

While its value was widely known, the portfolio was nevertheless required to go through the bidding process and, a full five months later, PATRIZIA prevailed and purchased the portfolio for institutional investors, structured as a co-investment priced at 178 million euros. If this had been an off-market deal, it could have been completed much faster.

The benefits of transaction speed and efficiency when going off-market are clear. The prerequisites are a well-connected local network, the competence to swiftly handle often complex transactions and the ability to quickly call on significant financial resources to push the transaction to completion. While not available every time or even to every investment company, it is a trump card playable by those belonging to the elite group of real estate investors.