Top lifestyle – independent of the number of stars

About five years ago the Motel One Group based in Munich decided to change its strategy: their budget designer hotels should only be found in premium locations. Better still, they should be right next to luxury hotels. And just like the upmarket hotel, each budget hotel should have its own unique charm. “We wanted to surprise the Vienna market,” says Gerhard Zeilinger, Regional Manager of Motel One Austria, a joint venture between the Motel One Group (Munich) and Verkehrsbüro Hotellerie GmbH (Vienna). The surprise they conjured up now stands in Vienna’s 1st district on Elisabethstrasse, just a few steps from the state opera house. It’s also very close to some famous luxury hotels like the Sacher and the Imperial. And it was indeed a pleasant surprise: even the new budget hotel lives and breathes imperial-royal flair in an historic building that goes back to the turn of the twentieth century. The edifice was completely renovated and now
offers more than 400 rooms.

The theme of the hotel is based closely on the neighbouring state opera. It’s not often you find restored opulent stucco ceilings and chandeliers in a budget hotel. Just below one such beaming chandelier, on rustic oak parquet flooring, you’ll find the typical turquoise egg chairs – the signature armchairs of the Motel One chain. In Vienna they were upholstered with a velvety cov-ering, giving them a royal touch. Guests can enjoy the breakfast buffet in a classic Vienna coffee house setting adorned with Thonet furniture pieces. One of the four chairs has a curved leg in the shape of a treble clef. Over another table, trombones have been suspended arranged as a lamp. The interior décor of the lobby and bar play to a ballet theme, so there are lamp shades reminiscent of feather-light tutus just over one of the narrow tables and the ballet imagery is rounded off by the chairs: all ten are lined up like a string of pearls, standing on tiptoe in ballerina shoes. Behind the bar the ballet dancers appear again in a video, dancing light-footed in three golden picture frames as they jump from frame to frame…

What seems so light-hearted and entertaining today, masks the enormous teamwork that the architects and engineers poured into the building, parts of which are subject to a preservation order. It’s a building with two sepa-rate owners, each with a different share – the first: Soravia Capital, who later sold the property to its subsidiary IFA AG, through which 220 private investors bought shares; the other is Motel One. IFA owns 250 rooms and Motel One owns 150 rooms plus the lobby including reception and the bar. The owners only really had one goal: to turn the building, which once contained offices, into a 400-room hotel. “We had to have that many to make the hotel worth it; the central axis of the building was the crucial bit,” says Franz Wiessler, manager at Motel One and the person responsible for its technical systems.

But first the old building had to be made earthquake-proof. The builders adapted the wall foundations, the hallway widths and the staircases, replicating various old doors and even removing rooms and rebuilding them elsewhere. These days, guests only notice they are walking from one part of the building to the other by the change in tiles. The structural parts of the building were quite a challenge. Loadbearing elements needed additional reinforcements. Parts of the roof also had to be rebuilt and were even given double reinforcement so the whole roof now looks like a single element.

Franz Wiessler and the Motel One management believe the success of the imperial-royal concept underlying the Motel One Wien Staatsoper lies in a very different, tiny detail: many of the guests leave the budget hotel in the evening dressed in fine gowns for going to the opera. That’s precisely the lifestyle the other luxury hotels in the surrounding area fear – and they’re not the only ones. 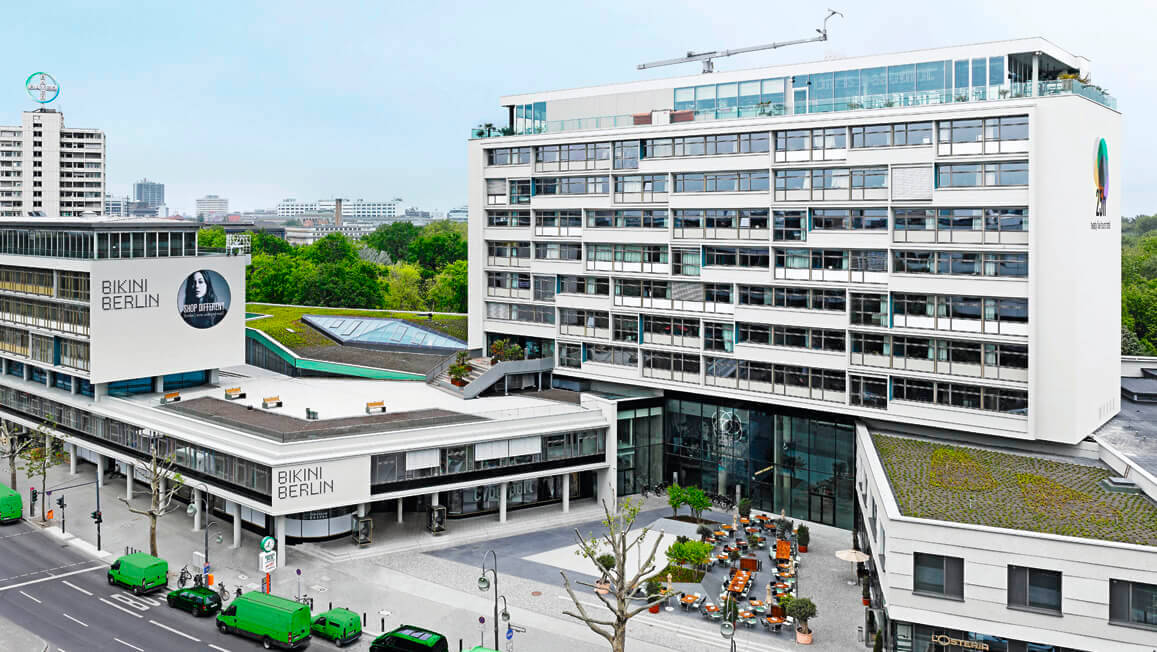 The 25hours Bikini Hotel in Berlin has also garnered this kind of respect. It is located directly next to Berlin Zoo, right across the street from the luxury Waldorf Astoria hotel and the Kaiser Wilhelm Memorial Church. This is precisely the spot where Berliners wait patiently every weekend in long queues, often winding their way down to the front of the square, just to snatch a coveted spot in the 10th-floor Neni Restaurant or the Monkey Bar. You can wave to the monkeys from up here. The city of Berlin is hip and the themes found in the other locations used by the German 25hours Hotel Company (which was only established ten years ago) have certainly wowed visitors just as well as they have in Berlin. These 25hour cities include Hamburg, Frankfurt, Vienna and Zurich. With its lifestyle philosophy, 25hours is so sexy that AccorHotels, Europe’s largest hotel chain, became a 30 per cent shareholder in early November – with an option for buying further shares. Know One, Know None – the 25hours CEO, Christoph Hoffmann, has held onto this motto for each and every project to date. Artists, film producers and other lateral thinkers work with a team of interior designers, architects and young hotel operators to come up with a different theme for each city. And in doing so they’ve won over large institutional investors and traditional developers like Bayerische Hausbau from Munich. Part of the Schörghuber Group, the firm owns the whole area around the Bikini Hotel.

The hotel’s quirky name was derived from the history of the 200-metre long building. Once upon a time there was a kind of entresol floor held up by pillars which split the building into two halves, the top and the bottom. This unique feature was reminiscent of the then revolutionary bathing costume – the bikini. The building quickly earned the nickname bikini house. Now subject to a preservation order, the complex was built in 1957 as part of a project to revitalise the historic city centre around the zoo. The vibrant property now includes retail shops, restaurants, pop-up shops, a themed shopping mall and event areas, all housed together in a prime location. The small high rise near the bikini house is home to the 25hours designer hotel with its ‘city jungle’: 149 rooms decked out in jungle style décor with a fabulous view of the zoo, or urban style rooms overlooking the memorial church. You can sleep with the window open on the zoo side and awaken to the sound of exotic animals. The lobby on the ground floor is narrow and as guests make their way to the lifts they walk round an old Trabant car. They’re greeted at a reception desk on the third floor, backed by lime-green tiles from old Berlin underground tunnels. Overhead, there’s a loft structure with plenty of open space divided up by corner sections. And the 10th floor features the highlight of the building: the Monkey Bar.

Bar with a view of the zoo

“25hours got on board just eight months before the grand opening. Every-thing was still bare, you could still see the buttresses,” remembers project manager Anne-Katrin Heitmann. 25hours likes to work with open spaces using furniture as room partitions, so the interior design is a bit simpler than in traditional hotels. 25hours also insisted on having open ceilings with exposed piping. They felt the old bikini house should not try to conceal anything. The penthouse level with the Monkey Bar was added to the top of the building to underscore its USP: the view of the zoo. As guests walk up the steps in the Monkey Bar, they ascend into a panorama of the animal enclosures and city below. This works wonders for the small talk with people on the next table as guests enjoy their drinks. In the same way that the stairs add a touch of theatre to the view of the zoo, the raised conservatory right in the middle of the Neni restaurant casts a spell over its guests. In-spired by the idea of urban farming, two Berliners devised a micro gardening system for the 25hours Bikini Hotel – complete with herbs (micro-greens) that are actually used in the kitchen. This hotel is “certainly a place where more goes on than merely checking in, sleeping and having breakfast,” says Werner Aisslinger. And he’s right. This lifestyle experience, combined with reasonable prices in a premium Berlin location, is certain to become a winning formula.