Governmental policies not only shape cities, but can also determine the attractiveness of investment

Once upon a time, residential was the main institutional investment asset class in the United Kingdom. However, early in the first world war, the country introduced controls to limit excessive rent increases driven by the wartime housing shortage.

Those measures – the first comprehensive rent laws in Europe – were to remain in force only for the duration of the conflict but hung around until the second world war. Air raids during that period destroyed an estimated half a million housing units causing an acute housing shortage in the post-war era.

Subsequent UK governments never repealed the measures as they struggled to meet the needs of the growing population for housing. In fact, rent restriction continued until 1968, which drove institutional investors entirely away and into more attractive investments, such as commercial, further inflaming the housing shortage.

Institutional investors have in the recent decades been returning to residential in the UK. However, in relation to the overall size of the market, which is the country’s largest investment asset class (£5.9 trillion in 2016, according to the British Property Federation) and on a total returns basis the best performing over the past thirty years, involvement remains slight.

To me, this is a prime example of how governmental policy introduced as short-term measures tends to accumulate, permutate and become deeply embedded in the system and directly shape not only housing stock but also, ultimately, the nature of
our cities. It also illustrates how policies can influence the degree of attractiveness of entire asset classes over long time horizons. 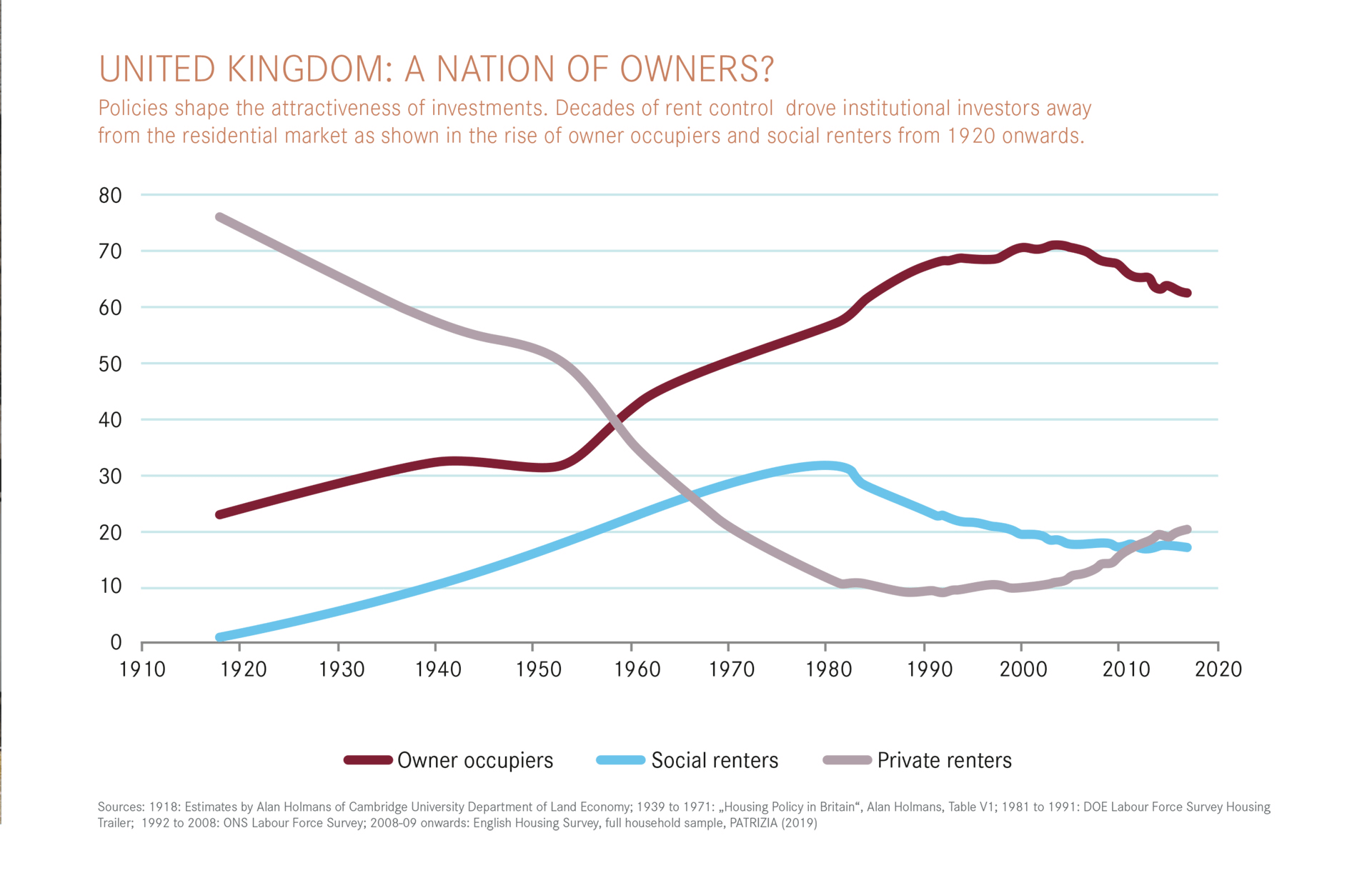 The UK case for residential as an interesting asset class is relevant because since the global financial crisis (GFC) of 2007-2008, government efforts to buoy economies have suppressed returns from fixed income instruments. Central banks around the world have engaged in unprecedented monetary easing, which is resulting in a ballooning of negative or near-zero yielding stock of bonds, a situation further aggravated by the China-US trade war. The search for yield is now in full throttle!

Deutsche Bank last summer estimated that $15 trillion of government bonds now traded with a negative yield. As yields have an inverse relationship to a bond’s price, this leaves investors paying for the privilege of holding a country’s sovereign
debt.

Mohamed El Erian, who used to run investment giant PIMCO, commented, “If you stick with the old rules, you will lose.” He suggested that the global bond market should be treated in an “opportunistic” manner rather than be seen as a core part of a portfolio. This is a huge departure from the traditional way of allocating pension and insurance capital, which typically indicates that bonds should represent more than 60% of diversified portfolios.

What is the alternative? European residential went into the COVID-19 crisis as a solid performer and will emerge even stronger on the other side. This means European residential should be part of a diversified core real estate portfolio because it is more than an adequate proxy for the fixed income needs of institutional investors. 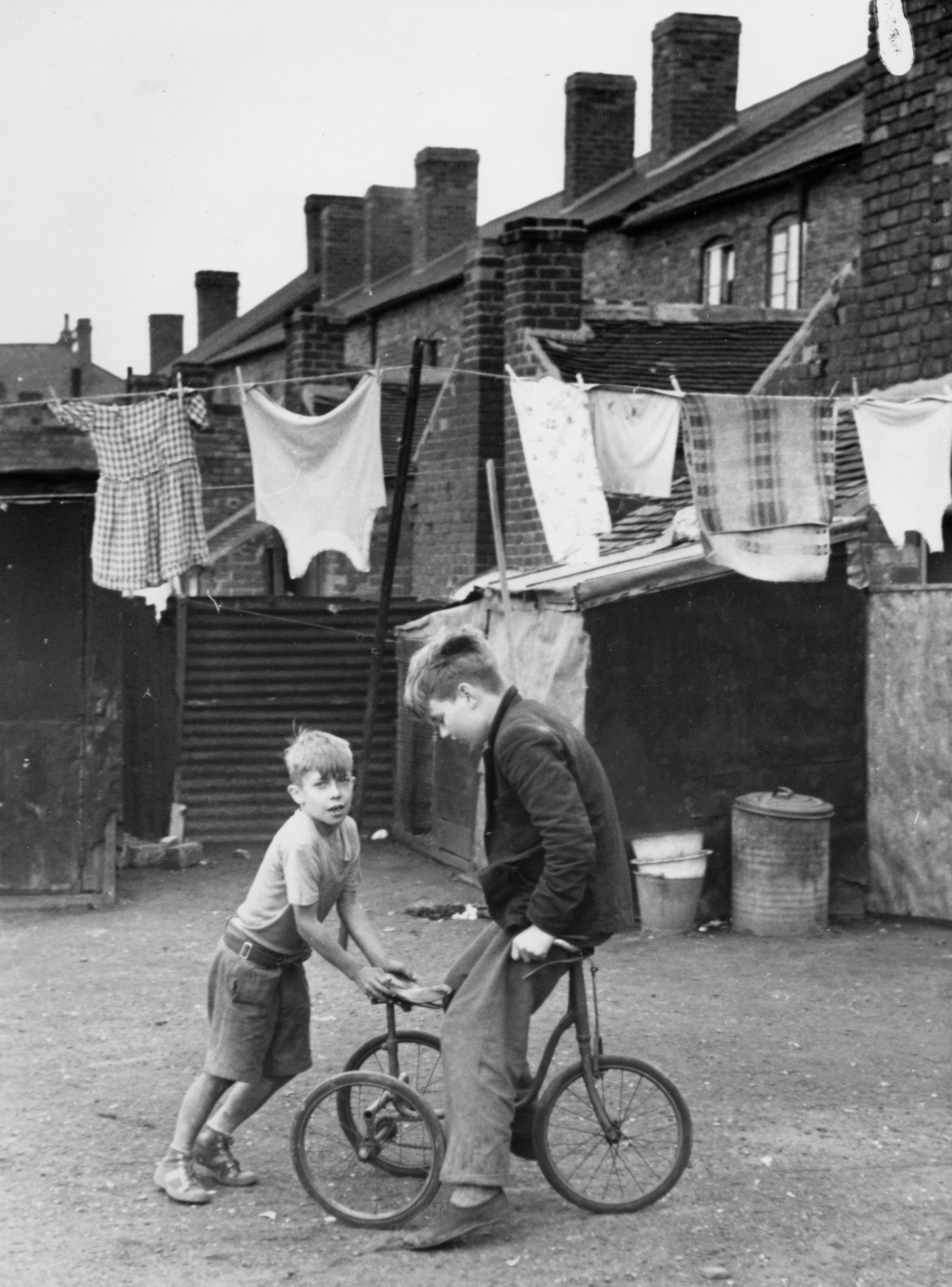 With institutional investors withdrawing from the market, social housing became ever more important for the British population. Image: two boys play in the backyard of a social house in Walsall, England in 1950.

Investors traditionally seek out residential to access stable, predictable income and capital preservation with some form of inflation indexation over a cycle. European residential offers this, plus a range of asset types and return profiles: you can do forward funding and get a risk-adjusted return premium, or you can buy into a fund and have stability and a decent income yield from day one with a high-yield spread versus anything else that is fixed-income and secure.

The US multifamily sector has been the go-to place for about 25 years because it has offered attractive, risk-adjusted returns and relatively low volatility. But institutional residential assets in Europe have proved to be more resilient. For example, there was no dent in Europe during the dot.com bubble burst of 2000 and compression of residential real estate investment yields has been steeper in the US since the GFC.

The US sector wobbled again in the early days of the COVID-19 crisis. Rent collection in Europe is 10-15% above US levels. This is due to the impact of the pandemic on unemployment in the US, which has been massive, reaching 13.3% (US Bureau of Statistics, June 2020). In many European countries the current and expected effect on the job market is far less dramatic, so households are better able to meet rental liabilities.

Most residential investments in Europe are also financed by banks, and only a minority are financed by lending platforms such as non-listed or private debt funds. These alternative debt conduits are more commonly used in the US and many were temporarily shut during the lockdown.

Because the institutional residential investment market in Europe remains stable, some investors are considering moving part of core allocations that have traditionally been invested in commercial real estate into residential to create a more diverse mix of exposure.

PATRIZIA is also seeing investors considering residential as a bond substitute. If you look as far back as the 1990s, the net operating income generated by a square metre of residential space in Europe has remained remarkably stable compared with offices, retail and even logistics.

A diversified residential portfolio could be viewed as a good fixed income substitute with a higher yield spread. It offers a 250-300 basis point premium compared with an average 10-year bond yield. In the US, that spread is thinner because the economy there has been stronger in recent years, so long-dated bond yields had flattened and even started increasing. 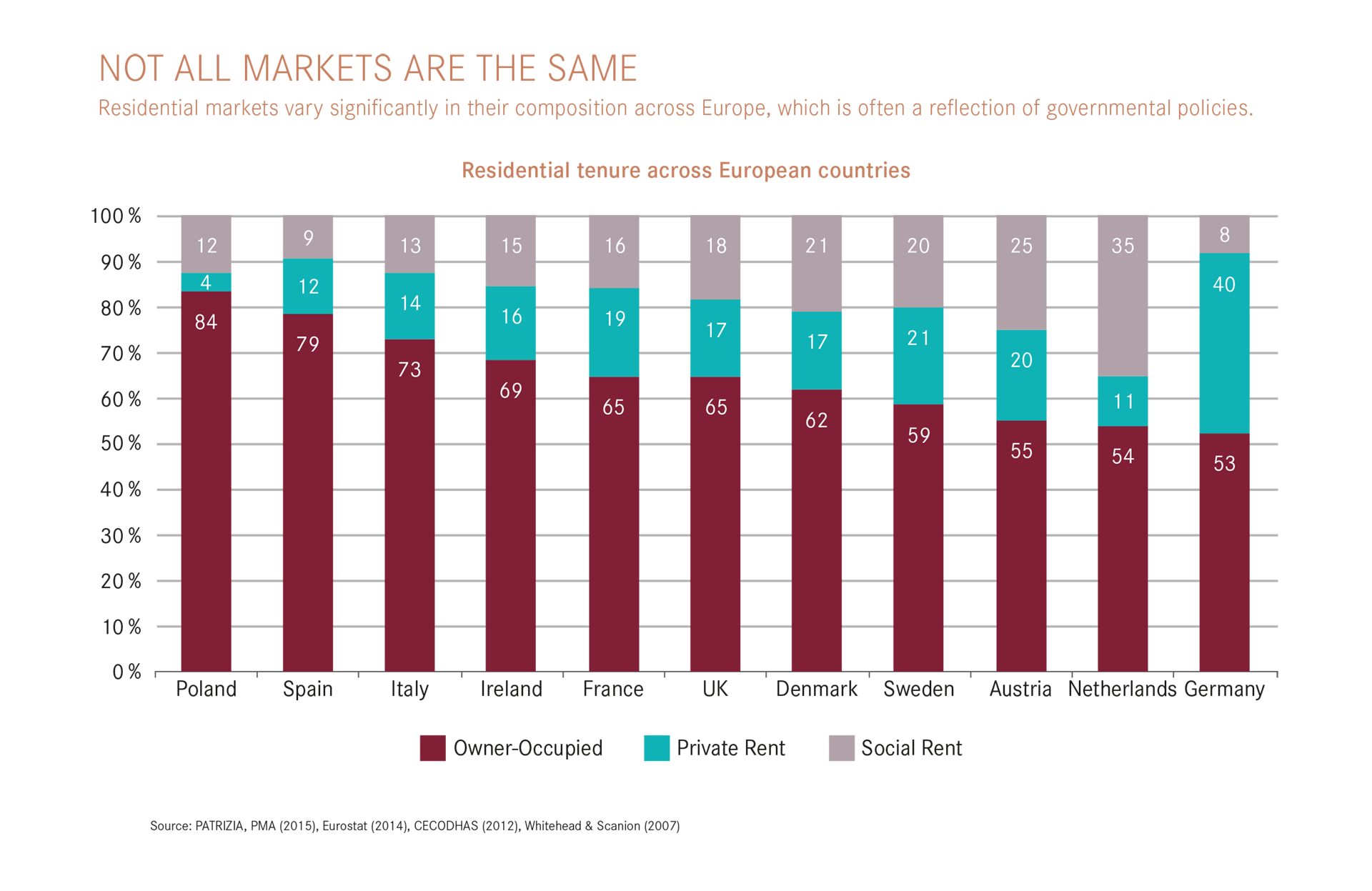 PATRIZIA expects opportunities to emerge in the forward funding space. Before the pandemic, development finance was relatively cheap, abundant and available at generous loan-to-value ratios. Developers were competing for land, so some probably stretched balance sheets to secure a pipeline of projects. Now, finance will be scarcer and existing lenders may be looking to de-risk.

Meanwhile demand from home buyers is likely to be lower in places where unemployment has increased, so developers may seek institutional capital partners to sell part or all of their projects. PATRIZIA sees this as a phase for our funds to team up with developers and manufacture core products in the locations that we favour.

To identify cities of value, PATRIZIA uses data-driven tools to analyse factors including demographics, economic performance, innovation and connectivity. We also rank them according to liquidity. This allows us to identify and categorise the most appealing: powerful cities such as London, Paris, Munich and Dublin; innovative cities like Luxembourg and Amsterdam; affordable cities that are rich in terms of income per inhabitant, but where residential rents and prices are relatively affordable, for example Aarhus or Eindhoven; and liquid cities like Leipzig and Salzburg, which may not immediately come to mind as first-tier destinations, but are very liquid from an institutional point of view.

European residential is a complex market compared to many other forms of property. Only about a quarter of the stock is suitable for institutional in- vestors and the regulation and market dynamics are extremely local. Investors seeking exposure to this attractive property type need to work closely with a partner who has specialists on the ground and who is extremely diligent when it comes to exact locations and underwriting.

India beyond bits and bytes

We want to go the extra mile

The end of normal