Treptower is now the preferred location for the creative industries in Berlin, but it was once an under-the-radar neighbourhood, separating the West from the East.

Each day Gerhard Spangenberg gazes out of his office window at Berlin’s tallest office building, Treptower. It’s hardly a surprise: the prominent skyscraper’s stainless steel and glass facade glitters in the sunlight, casting its reflection into the River Spree below. After sunset, its lights illuminate the Berlin skyline. Spangenberg has another reason too: he actually designed the iconic landmark.

In 1993, Spangenberg won an architectural competition held by real estate investor Roland Ernst to design the Treptower complex, comprising Treptower itself and its three neighbouring buildings. The idea was to convert the area between Puschkinallee, Elsenstrasse, the Spree River and Eichenstrasse. And Spangenberg’s “New Objectivity” design secured him first prize.

Spangenberg was awarded overall artistic and architectural direction of the project, as well as the design planning of the high rise while architects Schweger and Partner and Reichel + Stauth carried out the detailed planning of the adjacent buildings. On its completion in 1998, construction costs reached 500 million euros.

Spangenberg’s aim was to create “a striking urban design of the entrance into Berlin city centre”. Winning first prize “recognized our approach of a contextual urban planning reference and a strengthening of the river landscape qualities”, says the architect.

At 125 metres high and 32 storeys high, the building is certainly an eye catcher.  “Its base is clad in heavy lava from which a glass body vertically rises through narrow reflective pilasters,” says Spangenberg. Portions of each building include stone facades to tie in with adjacent buildings’ architecture.

The figure of the Molecule Man, seemingly walking on the waters of the Spree, greets as you approach the tower. This 30-metre high aluminium sculpture by American artist Jonathan Borofsky displays three figures with arms merging into each other, representing unity, connection and modernity. It’s not just empty symbolism either: the statue marks the territory between former East and West Berlin, with the area of Kreuzberg belonging to West Berlin and Friedrichshain the former East.

"A striking urban design of the entrance into Berlin city centre."

After reunification the city of Berlin earmarked the overlooked area, the former site of an electrical appliance factory, as prime for development. “There was a lot of dead land and not much happening on the eastern side so it was an opportunity for Berlin to set out a master plan after reunification to build up business on the eastern part,” says Ulf Christiansen, Director Transactions at PATRIZIA AG. “Back then, from a West Berlin perspective it felt miles away from anywhere, like half way to Poland.”

Insurance giant Allianz SE, seeking office space in the mid-1990s, became a major developer there. Other corporates followed in the middle of the first decade of the new millenium.

Nowadays Mediaspree is one of the most successful property investment markets in Berlin and packed with high-end apartments and big names such as BASF, Coca Cola, Daimler, Universal Music, and WeWork, as well as the Mercedes Benz Arena. The nearby neighbourhoods of Kreuzberg and Friedrichshain provide easy access to popular bars and clubs.

Berlin itself is riding the wave of a property boom but Mediaspree especially is the cool place to be. It enjoys an exclusive riverside location, abundant green spaces and an interesting mix of contemporary-style apartments and, around Treptower, converted 19th century villas, many of which enjoy landmark status. The neighbouring Treptower Park is one of the city’s prime recreation areas. 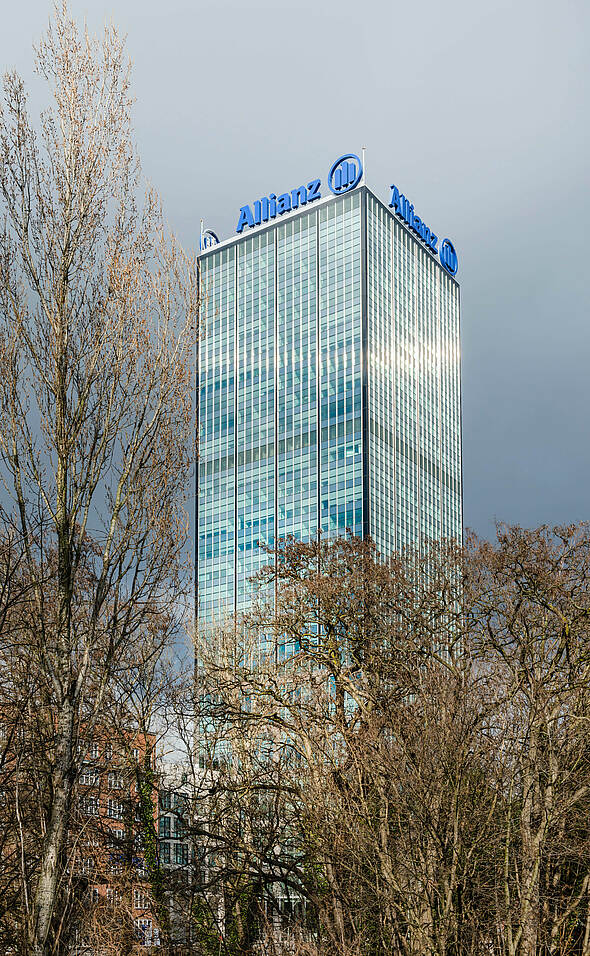 Bright young professionals flock to live in the trendy adjacent neighbourhoods in Friedrichshain, Kreuzberg and Neukölln, while companies rush to move to Mediaspree to capture the best young talent, explains Christiansen. “Mediaspree is located in between the most attractive residential neighbourhoods for young people with the necessary skillsets for the future. And big corporates choose this location to make a statement to be close to where young people live.”

Nearby transport links include easy access to the underground train network and a direct motorway connection to Berlin’s planned new Schönefeld airport, currently under construction.

It’s no surprise then that PATRIZIA had the area on its investment radar. In March 2019, it acquired a low-rise building in Hoffmannstrasse, originally developed for Allianz by Roland Ernst. Real estate firm Blackstone is tasked with completely refurbishing the 85,000 sq m building, which Christiansen describes as “a real fortress” to develop a campus, “which will be a major change in terms of creating some vibrancy in this location”.

The next step was to snap up the main attraction, Treptower, which PATRIZIA acquired at the end of 2019. The building comprises 26,000 sq m of office space, currently 99% let to 11 occupiers, of which the largest is government real estate agency, Bundesanstalt für Immobilienaufgaben.

Leases in Treptower average 14 euros per square metre, which is low for the area and with a WALT (weighted average lease term, a metric used to evaluate the risks of a property portfolio going vacant) of 4.2 years, considered a defensive strategy at the moment. PATRIZIA seeks to modernise and reposition the 20-year-old tower in the coming years to give it a new lease on life and offer modern office space for the growing tenant demand in the area.