At some point today, we should all find time to give silent thanks to Ignaz Semmelweis who, without stretching the truth, probably saved many of our lives.

Throughout the COVID-19 pandemic we have been constantly implored to: “Wash your hands!” Those three words described a simple, but powerful action. Hand washing destroys germs – and is key to slowing down the killer virus and protecting our colleagues, friends and families.

Born 202 years ago today, Ignaz Semmelweis was the first to document the power of handwashing to prevent the spread of disease. He became a constant advocate of hand washing but, ridiculed by the medical hierarchy of his day, eventually committed suicide. Unfortunately, the power of his insight was not realised for decades and tens of thousands of lives – particularly of women – were lost in the intervening years.

So why “Wash your hands”?

Semmelweis, a Hungarian obstetrician, discovered the medicinal power of hand washing while facing an anomaly at the Vienna General Hospital in the 1840s. Then, the leading cause of childbirth death was “childbed” fever. But the curious thing was, it killed 10–20 times more women in hospitals than at home.

In the hospital, one ward was frequented by wealthy women and another was devoted to poorer ones, but the death rate was notoriously higher in the ward for the wealthy. The only difference between the two wards was that the first trained medical students and the second trained midwifes. 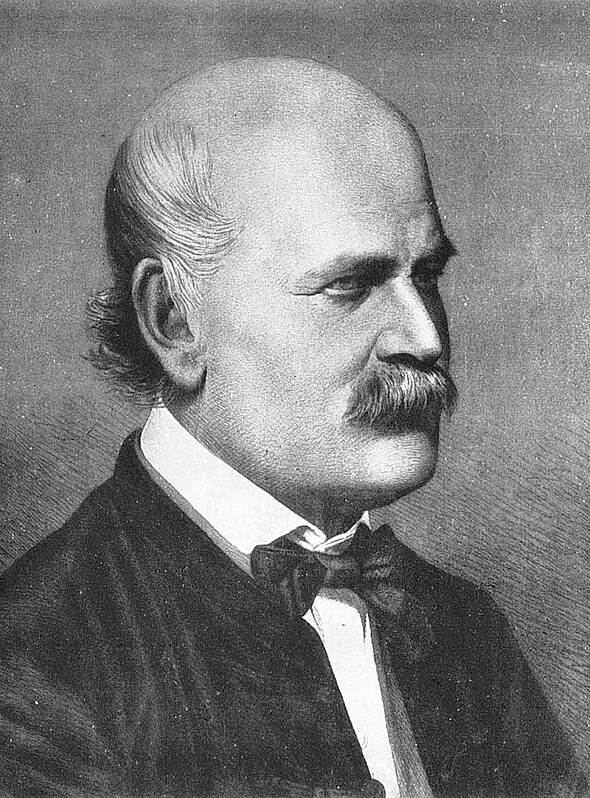 Ignaz Semmelweis, aged 42 in 1860 copperplate engraving by Jenő Doby. Medical peers were outraged by his suggestion that hand washing could reduce mortality rates. He was dismissed for political reasons but the facts were on his side.

Today, we now know childbed fever is a bacterial infection of the reproductive tract, but research into germs and bacteria was decades away. Semmelweis suspected a post-mortem lab. Medical students conducted autopsies, often going straight from the lab to a delivery. In fact, mortality rose dramatically after students first started doing autopsies in 1823.

Then, in 1847, after a colleague, accidentally cut by a student during a post mortem, died of septicaemia. His autopsy revealed the same pathology found in childbed fever victims. Semmelweis realized that cadaver matter had caused the sepsis, and if so, doctors were probably contaminating patients with the same matter. He ordered doctors to wash their hands in a chlorinated lime solution before entering the ward, and for the ward to also be disinfected. The mortality rate dropped by 90%.

However, his views that doctors were contaminating their own patients and that cleanliness could stop the epidemic were greeted with rage and mockery. Semmelweis ranted back at his detractors, calling them “murderers”. He moved to the St Rochus Hospital in Budapest, where he again reduced fatalities. But neither this nor his 1861 book Etiology, Concept and prophylaxis of Childbed Fever succeeded in igniting the medical community.

Disillusioned and increasingly mentally ill, he died in an insane asylum aged 47. Today he is revered in schools of medicine and public health. He is so acknowledged in the term “the Semmelweis reflex”, which describes the human tendency to reject new evidence or fresh knowledge because it contradicts pre-existing beliefs.

Why Berlin is marching to the river