Anyone who has ever won second prize in a beauty contest or gone straight to jail without passing go knows that the most valuable property in London is Mayfair. But is it really the best street to live on, asks chief editor Greg Langley?

Back in the 1930s, the makers of Monopoly designed the English version of the game culling 45,687 London streets down to an iconic 22 that increase in value as one moves round the board. Ninety years later, the game still provides a rough guide to the relative worth of the streets of the capital of the United Kingdom.

Old Kent Road, where a residence costs £399,092 on average in 2020, remains the least expensive, while Mayfair is the most expensive (£4,532,352 on average). But is Mayfair the best place to live in London? “Not necessarily,” answers Dr. Marcelo Cajias, Head of Data Intelligence at PATRIZIA. 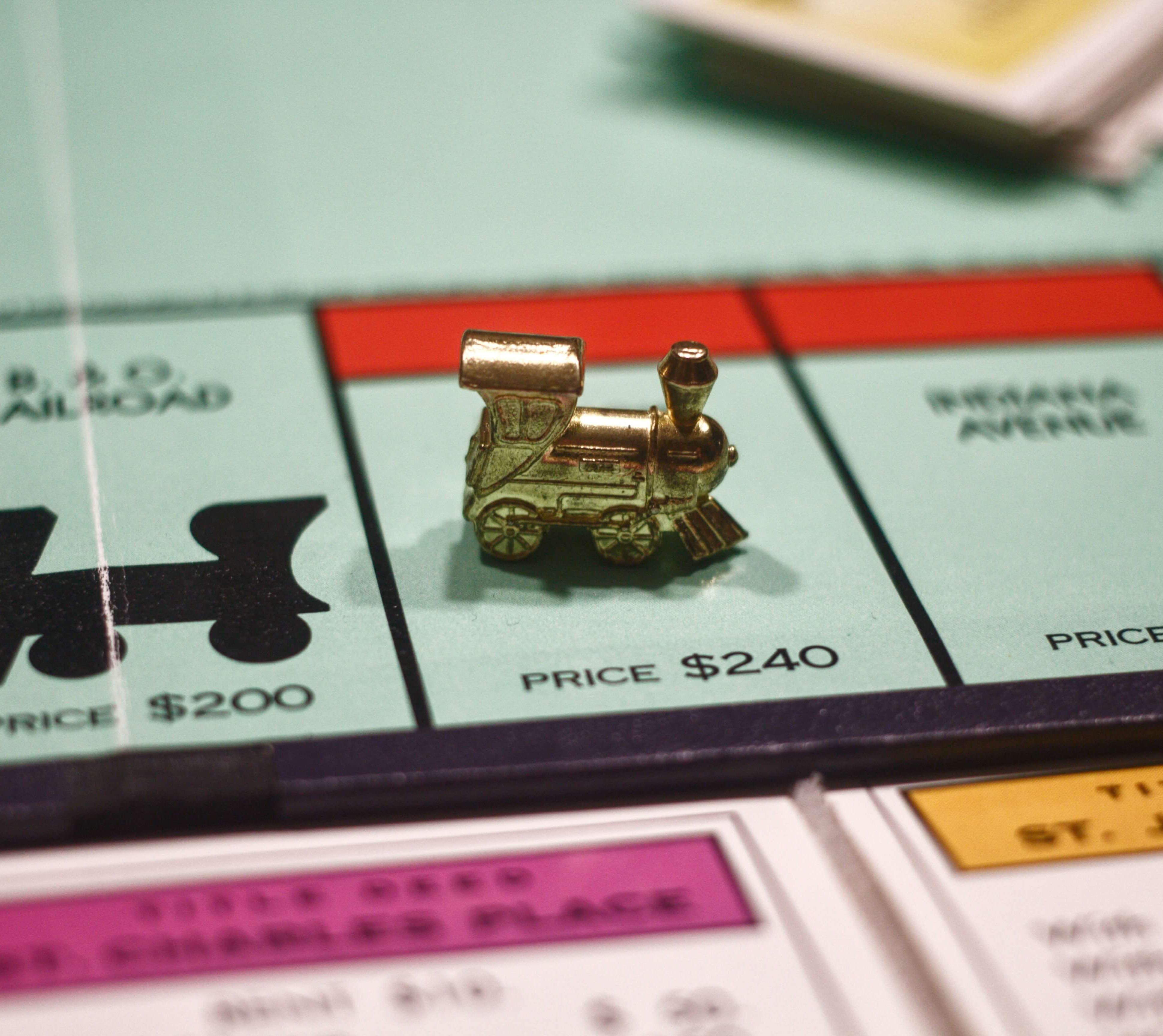 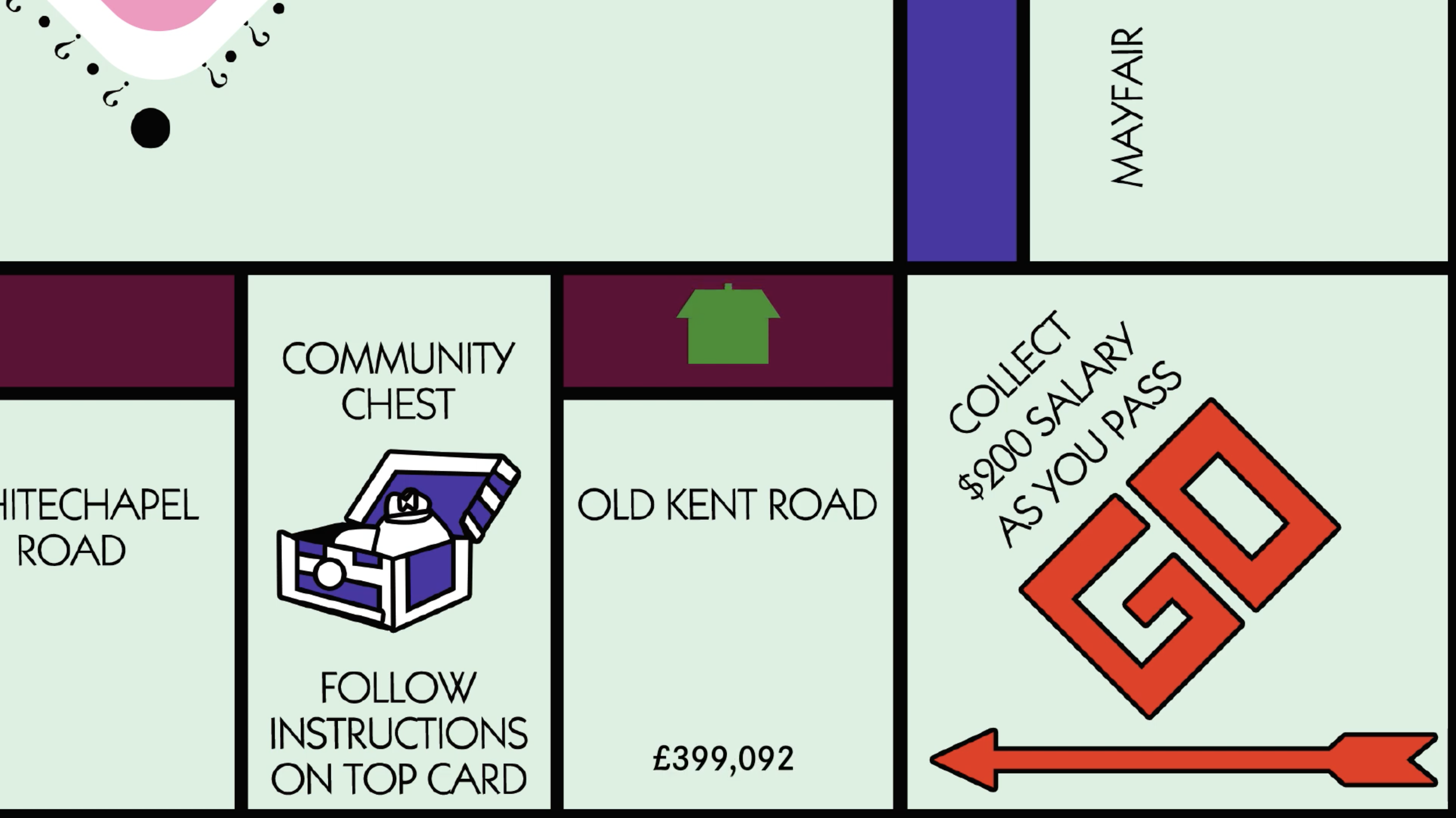 Cajias says that renters and investors seeking value may want to look at Whitechapel and Islington, two of the three least expensive locations on the board. In a ranking of 2020 rental prices, the two come in at 21th and 18th respectively. Although Islington was a slum when Monopoly was created, today it is a fashionable and expensive borough, but rents per sqm were £4 less than Mayfair in 2020. Whitechapel Road was cheaper still – almost £10 less per sqm than Islington.

Cajias bases his opinion on the PATRIZIA Amenities Magnet, a digital tool that measures the attractiveness of a location. The logic is straightforward. The attractiveness of a property is largely defined by access to amenities such as kindergartens, pharmacies, public transport stops, restaurants, schools, sport halls and supermarkets. Streets with a higher number of positive amenities nearby (there are also negative amenities, such as prisons or waste dumps) are generally better places to live.

In the past, it has been impossible to precisely evaluate locations because of the number of amenities (known as ‘Points Of Interest’ (POI)) in a city. For example, in London there are 252,896 POIs, some 81,957 in Madrid and a massive 405,733 in Paris. Driven by artificial intelligence, the PATRIZIA Amenities Magnet rapidly assesses a location in any major European city and in Japan based on the POIss.

Once given an address, the system evaluates if there is an over- or undersupply of positive or negative amenities nearby. The results are standardised on a city-wide basis as a score from 0 to 100, with 100 indicating the best locations.

“When we ran the 22 streets of the Monopoly board through the Magnet, we found Whitechapel ranked third and Islington fourth in terms of attractiveness. Mayfair was seventh, while Oxford Street came out as number one,” says Cajias.

“When you assess the locations against today’s data, Monopoly generally illustrates the principle that higher-priced streets are better places to live, but there are surprises.”

The Angel Islington is a Monopoly oddity as it is the “only site on the board named after a building.”

The Angel Islington is a Monopoly oddity as it is the “only site on the board named after a building.” According to Do Not Pass Go by Tim Moore, a book that tells the story of London since the 1930s based on the properties of Monopoly, Victor Watson, of British manufacturers John Waddington Ltd, and his assistant, Marge, included The Angel Islington after taking tea at a cafe in the building.

Islington illustrates how London has changed in the decades since the creation of the game, says Mike Tyler, Head of Asset Management at PATRIZIA. “Back in the 1930s, the area around the Angel was a slum, but the area underwent gentrification in the 1980s. Today, Islington is one of London’s most fashionable areas.”

Tyler explains that the location to the north of the London city centre means Islington is handy for both King’s Cross and St Pancras International Station.

It is popular with young professionals attracted by the period homes, particularly Georgian terraced houses and Victorian villas.

Islington is, however, crowded. The borough is the most densely populated local authority in England, according to the Office for National Statistics. Set against this are the cultural opportunities. Islington hosts three of London’s most successful fringe theatres: the King’s Head, the Almeida, a studio theatre of international repute and the Pleasance, a stand-up comedy venue.

There is also Sadler’s Wells on Roseberry Avenue, a world-famous venue for dance and physical theatre.

“There are also idyllic stretches of greenery,” adds Tyler, “such as Regent’s Canal, which since its closure in the 1960s has become a leisure space. Cafes and brunch spots dot the path, including the Instagram-famous Towpath cafe, near Whitmore Bridge.” 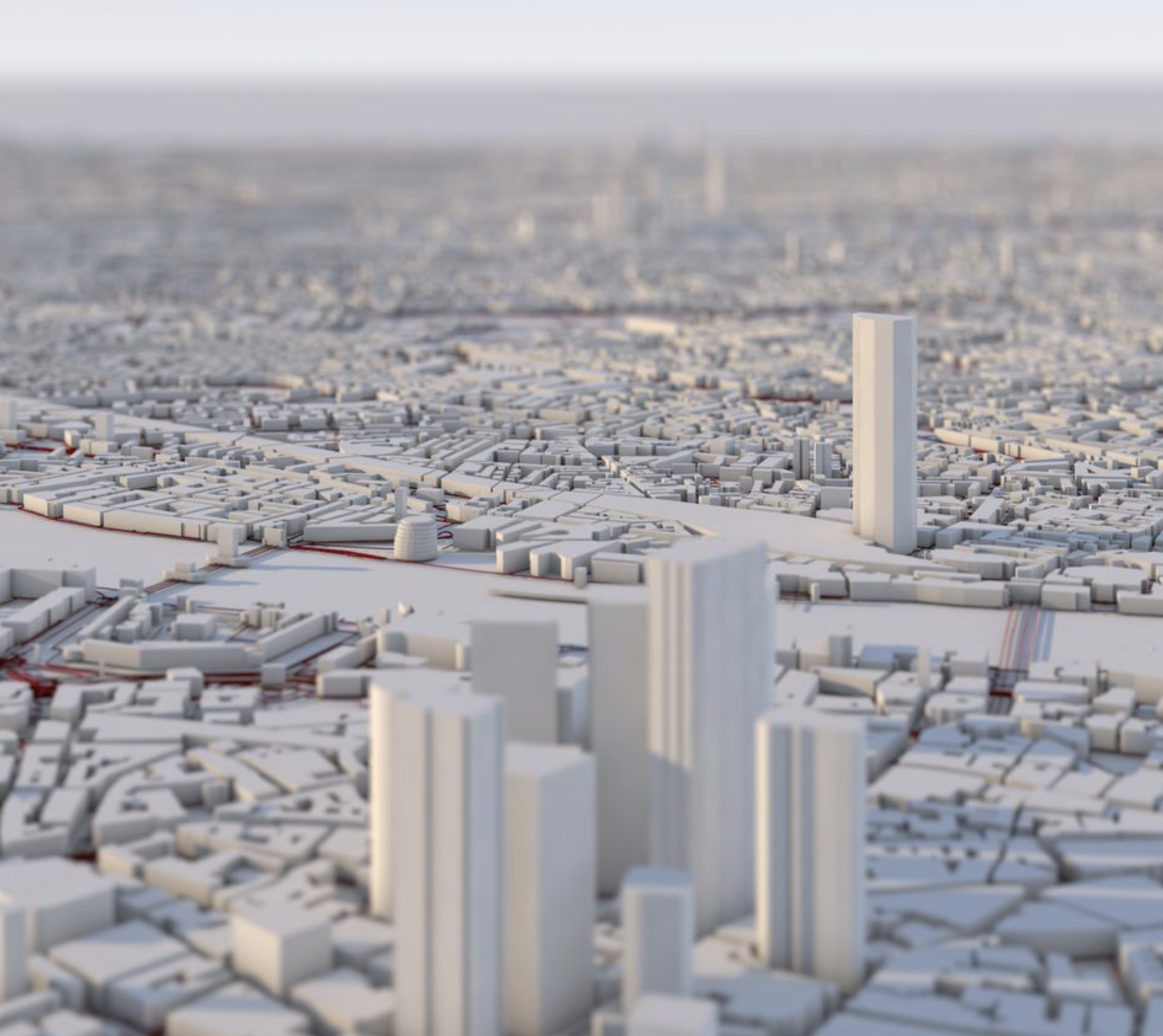 But Mayfair is still considered one of the most prestigious addresses in London. How can there be such a large difference between it and Jack the Ripper’s old stomping grounds in Whitechapel Road?

“The Amenities Magnet is extremely sensitive. It calculates the score very precisely to the location,” answers Cajias. “Within about a kilometre radius of Whitechapel Road, you’ll find streets that range from as low as 62 and as high as 84. It all depends on the quantity and, above all, the quality of the amenities nearby.”

Whitechapel Road has a significant number of positive amenities, such as ATMs, bus stops and supermarkets, as well as a cinema, a pharmacy, and other useful attractions such as a beauty shop, a bookshop, bike shops, an optician and a library. Significantly, Whitechapel lacks negative amenities that drag down the rankings in other areas. In addition, Whitechapel benefited from the opening of a station as part of the new Crossrail last year, which ensures quick access to central London.

“The Amenities Magnet is extremely sensitive. It calculates the score very precisely to the location”

Running the Monopoly board streets through the Amenities Magnet highlights anomalies between prices being asked and how attractive a street could be considered. For example, Bow Street is the most expensive place to rent (£50.56 per sqm) and has a ranking of 5th. Marlborough Street (£48.39 per sqm) is only the eighth most expensive place to rent but has the second highest ranking.

“Change the perspective and you get a different view. For investors, Islington could still be interesting,” says Cajias. “Yes, prices have risen dramatically, but it is still one of the lowest priced on the board in terms of rents and absolute house prices, but it takes fourth on the Amenities Magnet of the Monopoly properties. This is an attractive area and attractive areas are popular, which indicates upside potential.”

PATRIZIA interprets the values of the Amenities Magnet to identify opportunities. Undervalued areas with strong ratings can have the potential to develop. Areas with lower ratings can also be attractive, for example, in the case of new housing developments and associated amenities. 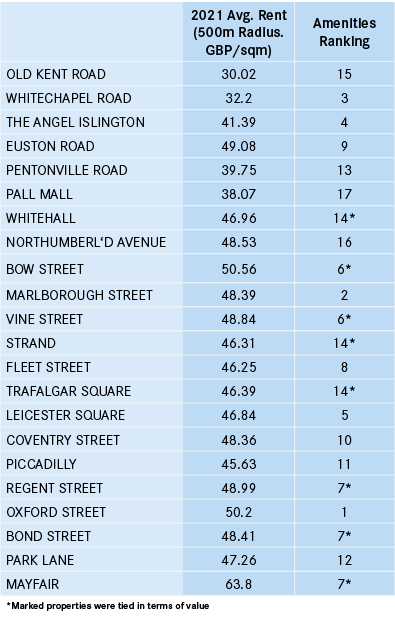 Dr. Marcelo Cajias heads the Data Intelligence section, which is part of the Investment Strategy and Research team at PATRIZIA. In his role he is responsible for the global portfolio of analytical solutions and dashboards that support strategic investment decisions by means of observed and unobserved machine learning forecast models for various asset classes. Marcelo studied business administration at the University of Regensburg in Germany, majoring in statistics, econometrics and real estate economics. He received his doctorate for his thesis on the economic impact of sustainability on listed real estate companies. His research has been published in various international journals and he has received the RICS Best Paper Award and the German Real Estate Research Prize. 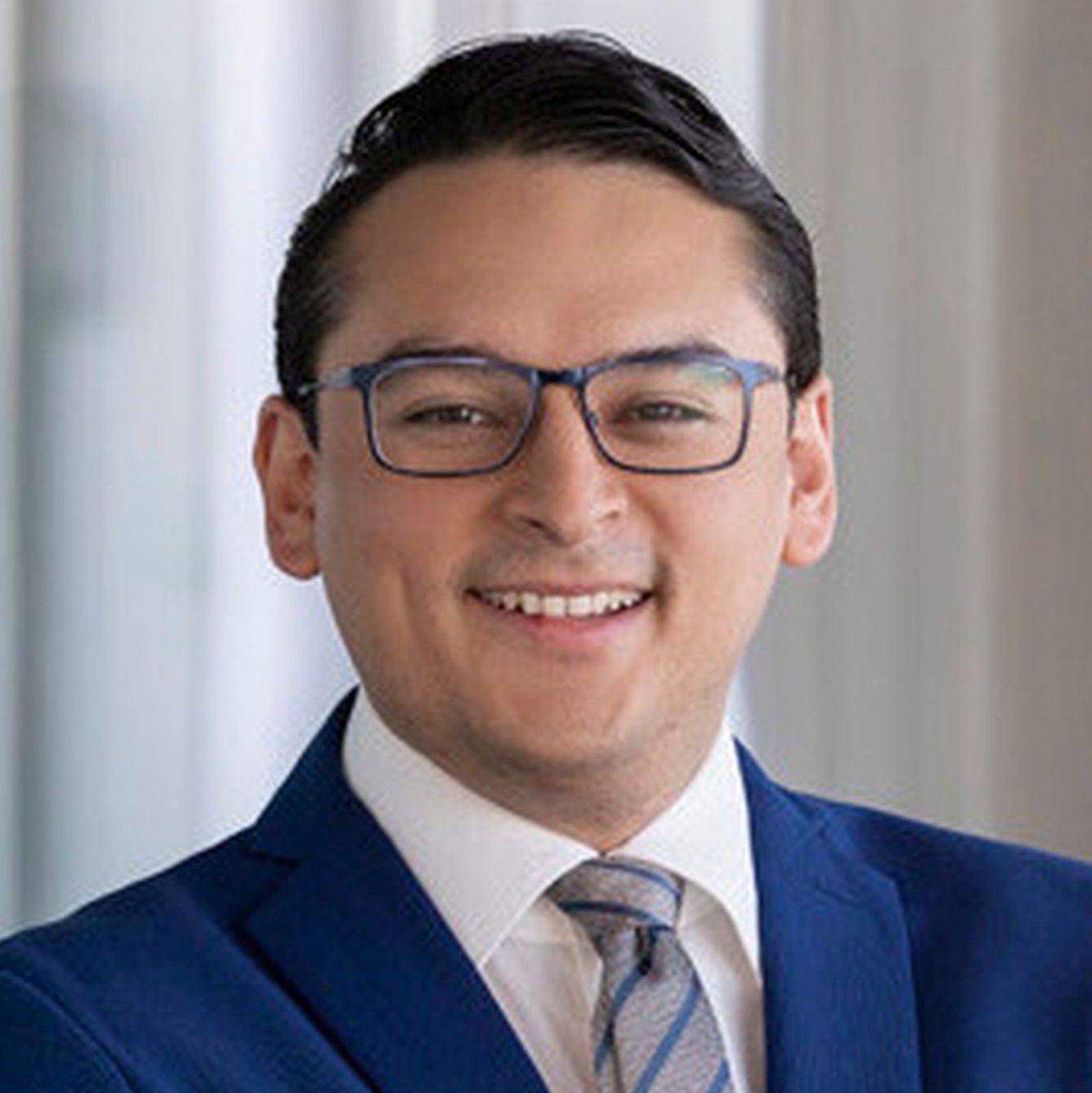 How to design the house of the future