Two years ago, PATRIZIA seized the rare opportunity to purchase a half-completed mixed-use site, the First Street district in Manchester. It is an area with tremendous potential.

Two years ago, PATRIZIA seized the rare opportunity to purchase a half-completed mixed-use site, the First Street district in Manchester. It is an area with tremendous potential for development anchored by a masterplan. PATRIZIA’s proposal for the mixed-use site not only included the further development of the site, but also involved a tailored asset management strategy facilitating the stimulation of socio-economic advancement of the entire neighbourhood – in short: ‘placemaking’.

In 2015, PATRIZIA jumped at the chance to acquire the semi-developed site through an off-market transaction from a UK financial institution. The existing site’s masterplan featured a stimulating mix of uses, including the development of offices and apartments, food and beverage retailers, a cultural centre, a hotel and student accommodation. Since the acquisition, PATRIZIA has continuously enhanced and developed the site. In January 2016, PATRIZIA agreed to construct the Grade A, BREEAM Excellent office building No. 8 under a joint venture with a real estate development fund owned by the largest municipal pension fund in England. The seven-storey building has more than 16,000 square metres of floor space and is partially pre-let, with tenants including Russian energy giant Gazprom.

In June 2016, the City of Manchester granted planning permission to construct 624 build to rent units, which PATRIZIA will develop and keep in its own portfolio following the planned completion date of mid-2019. Rental apartments are a sought-after commodity in Manchester due to the rapid influx of new residents. According to Jones Lang LaSalle, the city centre’s population has quintupled since the start of the new millennium – to 50,000 people – and should top 80,000 by 2024. The upward trend of rental prices, which shot up 27.6 per cent between 2014 and 2016, is fully intact thanks to above-average economic growth and a shortage of high-end apartments. 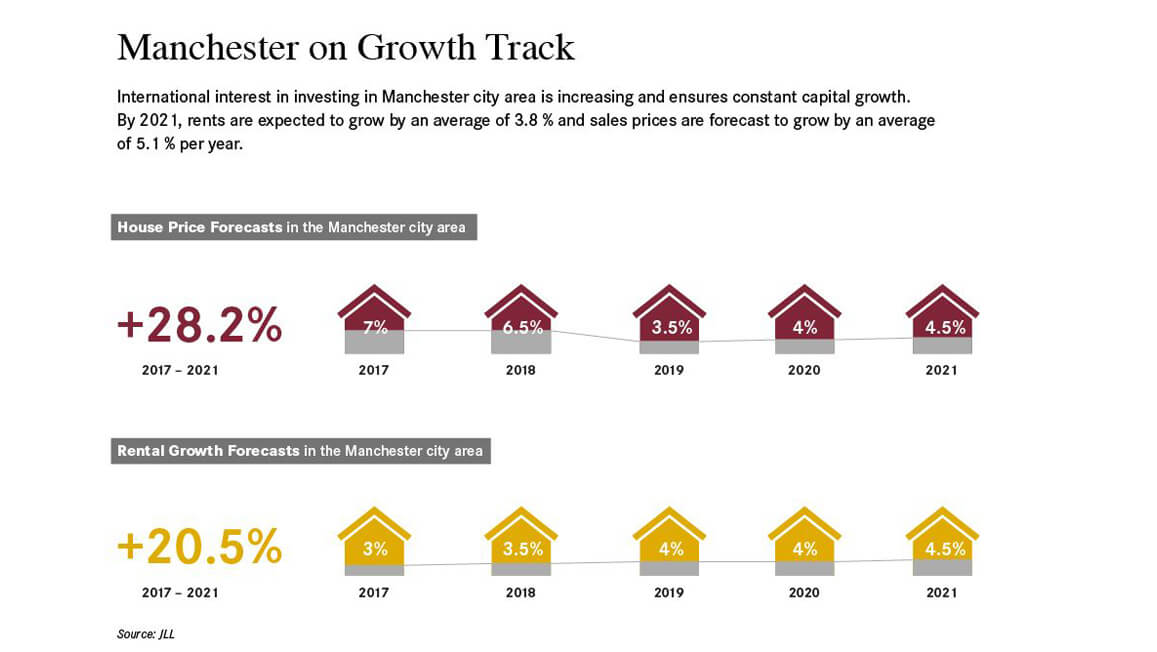 The First Street site will soon find itself at the centre of Manchester’s ever-expanding central business district. As it is, the area has good transportation links – yet the government is helping to improve them further: The Deansgate and Oxford Road train stations near the First Street site ought to benefit from the £500 million Northern Hub railroad project, which links key regional cities with Manchester as the hub. James Muir, Managing Director of PATRIZIA UK explains: “We always knew of the potential of this thriving, urban mixed-used site, so when we knew we had an opportunity to secure it, we moved in fast.”

PATRIZIA’s approach towards developing the site was a comprehensive one, with a tailored asset management strategy around ‘placemaking’. Placemaking is more than pure development – it means literally creating places for people and turning a space into an attractive destination for residents and guests. This includes the design of public spaces, planning as well as enhancing the space’s cultural and social identity – ultimately enhancing the quality of the space.

“We always knew of the potential of this thriving, urban mixed-used site, so when we knew we had an opportunity to secure it, we moved in fast.”

In the case of First Street, the collaboration featured different factors: the design and planning of the initial masterplan as a mixed use site as well as the actual layout of the site with Tony Wilsons Place serving as the heart of the cultural hub – First Street was selected as a venue for HOME, the new cultural hub formed by the merger of two well-respected arts organisations, Cornerhouse and the Library Theatre Company. It is sponsored by the Manchester City Council, opened in 2015 and exceeded expectations with more than 1 million visitors in the first year. HOME helps to attract members of the Mancunian art community – thus, the cultural centre serves as an anchor occupier, coining the identity of a whole area. 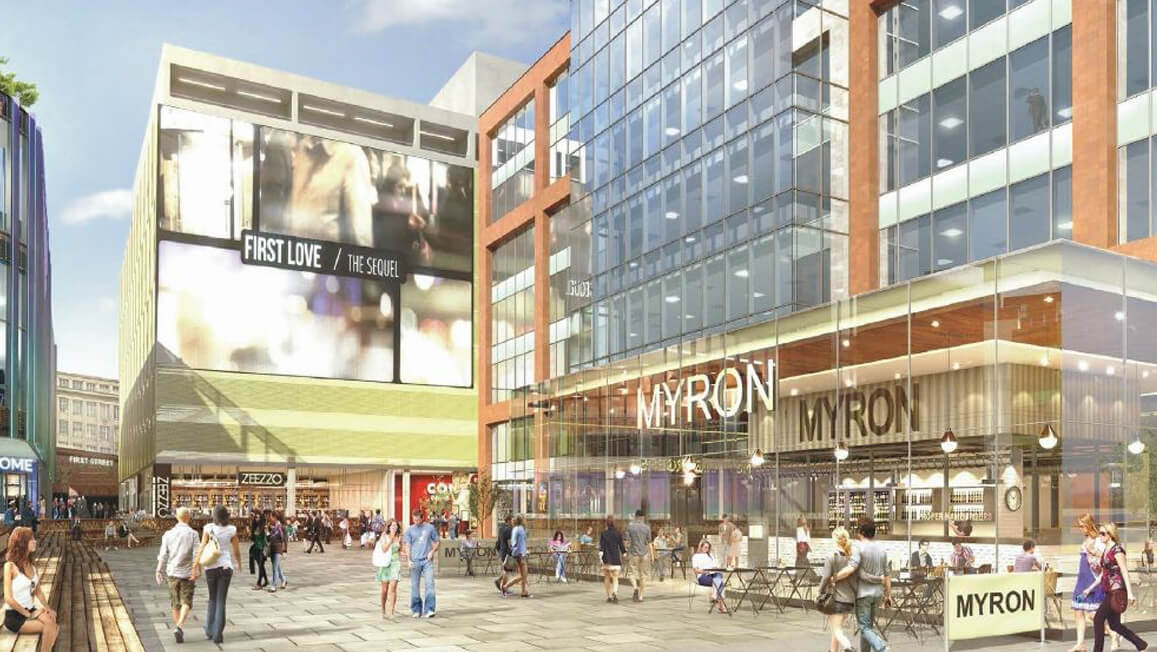 With the cultural centre HOME at the heart of the project, PATRZIA’s strategic asset management approach is tailored around the lease of food and beverage units to independent occupiers, alongside blue chip occupiers. These include a Manchester-based authentic Indian food chain, a microbrewery, an indoor mini golf course, as well as the debut restaurant concept of Simon Woods, a MasterChef winner. The selection of the mix of tenants was made with the aim of creating an on-site community that offers more than just one use for each resident. A consistent management approach also meant that the occupiers are managed out of one hand. Mike Tyler, Head of Asset Management UK states: “First Street has become a true destination of work, play and stay. The successful lease is part of our strategic asset management approach with a mix of national and independent occupiers. On-site events such as the Spanish and Latin American Viva Festival in cooperation with HOME as well as the annual Wimbledon viewing is part of our wider strategy to further enhance the offer for residents and guests to create a 24/7 destination and increase footfall.”

With the site’s tremendous potential for development, coupled with the fact that rents in the city have been rising faster than average for years, PATRIZIA has stabilised Manchester’s First Street, transforming it from an opportunistic investment into a value-added investment that is now very attractive for institutional investors. Placemaking like this is an enormous challenge which has been handled masterfully in Manchester, thanks to the dedicated on-site experts of PATRIZIA UK and their in-depth asset management skills.

Diversification gains in importance in…