Rents in the heavily regulated and subsidised Dutch market are comparably low, while waiting times for vacant properties are long. This situation is changing.

The boldest player in these high-risk stock market transactions was Vestia, the Number 1 non-profit housing association in the Netherlands, with 80 000 apartments on its books. With derivatives amounting to €23 billion, the company sought to hedge itself against rising interest rates. However, interest rates fell even lower, and the high-risk bets produced losses in the billions and almost drove Vestia into bankruptcy. Ultimately, in 2012, the government had to step in with a bailout.

What other option did they have? For many years, the Dutch government had been providing generous support to these non-profit corporations – in the form of credit guarantees, for example. The European Commission ruled that some of this financial assistance constituted unlawful state aid and imposed stricter controls on the letting of apartments. Furthermore, since 2013, the housing associations, which together own about 2.4 million apartments (roughly a third of all apartments in the country), have had to comply with yet more restrictions that oblige them to focus on their core business – providing rental properties to low-income households.

The biggest transaction in the Dutch residential property sector

To recover at least some of its horrendous losses, Vestia put a proportion of its holdings up for sale, in which PATRIZIA prevailed: In July 2014, the real estate corporation signed a €578 million purchase agreement for some 5 500 apartments from Vestia’s broadly diversified portfolio.

About three percent of these properties were vacant at the time. With a total of 340 000 square metres of residential floor space, this holding was acquired for the co-investment ‘PEP I’, in which a renowned pension fund from Germany is involved. 70 percent of the units were subject to rent control. “This sale constitutes the biggest transaction to date in the Dutch market’s residential accommodation sector,” said Peter Helfrich, Head of PATRIZIA Netherlands B.V.. 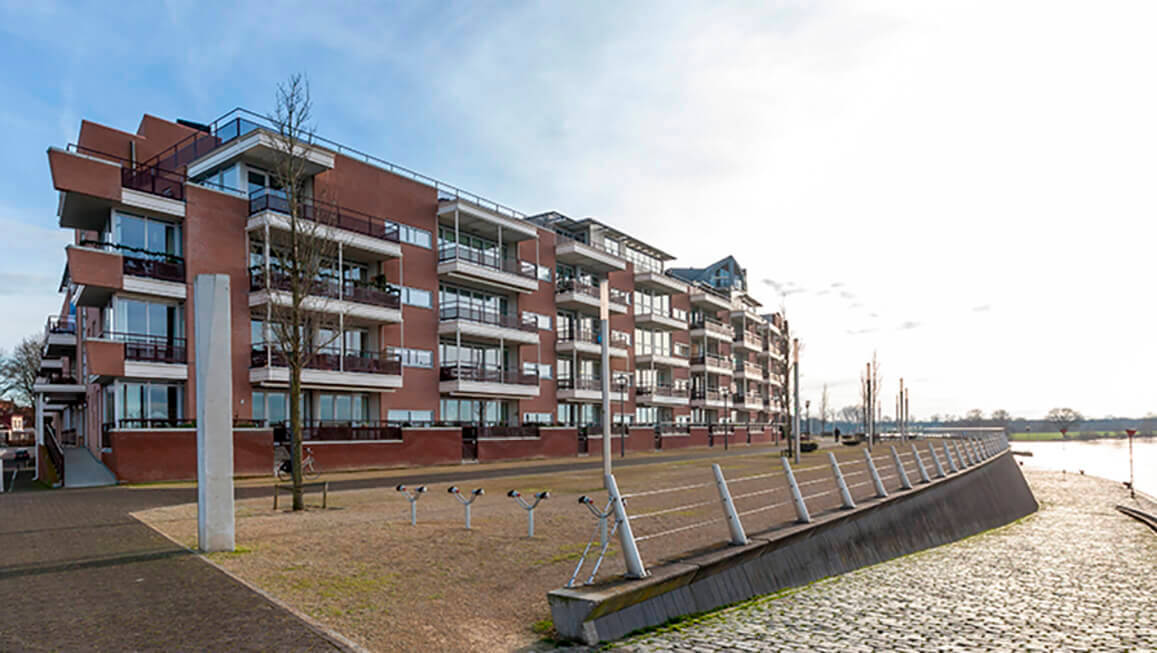 Soon, further holdings may appear on the market, because the Dutch government is granting private investors more opportunities. In 2013, it imposed an annual special levy on the housing associations and stipulated that, at least until 2018, the housing stock must be refinanced to some extent – this time, without government guarantees.

Liberalisation should make rent developments easier, but experts disagree about the true scale of privatisation in the residential sector, with estimates as high as one million apartments. For investors taking a long-term view, who are focused primarily on value retention, getting involved in this process should prove worthwhile, given that most of the subsidised apartments were built after 1995 to a high standard of quality.

“The acquisition of the Vestia residential portfolio constitutes the biggest transaction to date in the Dutch market’s residential accommodation sector.”

Furthermore, prices on the Dutch residential property market are rising – fuelled by strong economic growth and lower unemployment. In 2016, the prices for independently financed apartments and houses in the Netherlands rose by five percent, and the trend shows no sign of abating. Rabobank analysts, who published a study in February 2017, expect a similar price increase this year. In the longer term, demographics will also play an important role: population growth and declining household size will create substantial demand for apartments.

The deregulation of the Dutch residential property market offers conservative investors an opportunity to come on board at a reasonable price. Rising household incomes, low interest rates and the influence of demographics are driving prices up.

The cluster city as a model for success …