Green hydrogen is hailed as an alternative to fossil fuels. A project starting in a small German village could be a vital proof point on the path to a hydrogen-based economy, reports Greg Langely.

Etzel is a speck of a village even on large scale maps of northern Germany, but it plays a role in securing Europe’s energy supply out of proportion to its size. Located 20 kilometres from the country’s only deep-water port of Wilhelmshaven, the town of 800 inhabitants is one of the largest energy hubs in the whole of Europe.

Pipelines that stretch thousands of kilometres from the gas fields of the North Sea and the nearby Netherlands converge in the lush meadows that surround the town. There they link up with supply networks that run the length and breadth of Europe.

But it is not only above ground that Etzel is crucial for Europe’s energy. The artificial caverns that stretch deep below the surface store more than 10 million metric tons of crude oil – part of the 90-day supply held in reserve by Belgium, Germany and the Netherlands.

Soon the caverns of Etzel could also play a critical role in the Energiewende, Germany’s ambitious plans to decarbonise the economy. “It is early days yet,” says Boris Richter, Managing Director of Storag Etzel, “but we are optimistic that a business case for large scale storage of hydrogen can be soon proven.”

Storag Etzel, the largest independent supplier of cavern storage facilities, has launched H2CAST Etzel (H2 CAvern Storage Transition Etzel), a project to examine the feasibility of storing up to 300,000 cubic metres of ‘green’ hydrogen (H2). Partners in the estimated €25 million research project include the industry partner EKB Storage, a consortium consisting of BP, Ørsted from Denmark and Gazprom Germania, and research institutes, such as the Technical University of Clausthal, renowned for mining. 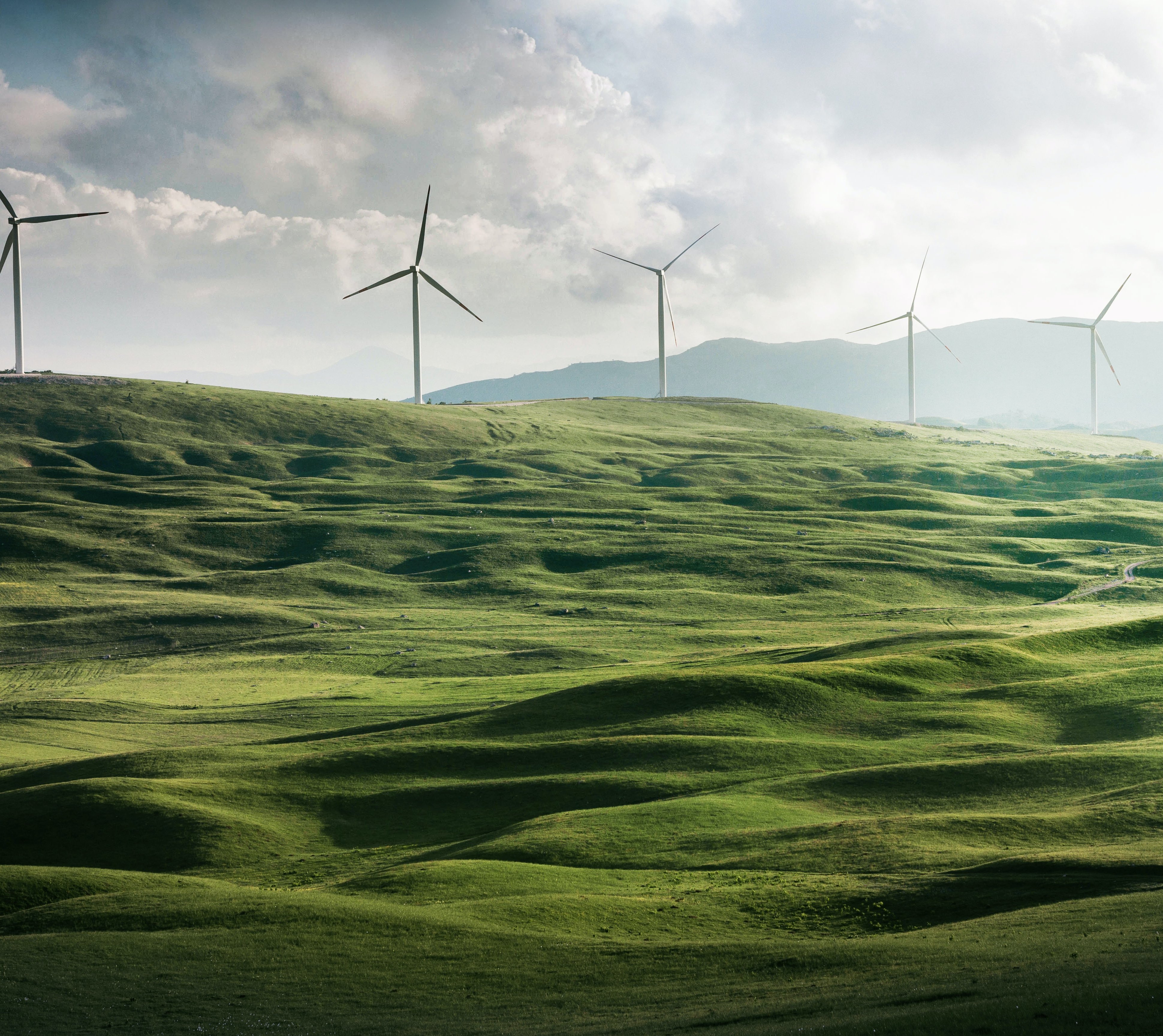 David Bothe, a director at Frontier Economics and an expert on energy markets and climate change, is conducting an audit of the Etzel proposal.

Etzel focuses on one of the remaining ingredients needed to make the energy transition successful: the large long-term storage of renewable energy. The challenge from an energy system viewpoint to meet the Paris targets to limit global warming below two degrees is that we must switch to 100% renewable energy within the following decades. This is urgent not only in the electricity sector but also for other sectors like heating and transport.

Many studies have analysed how an energy system running on 100% wind and solar power can be designed. While they’re all different in the details, one common conclusion is that we need chemical energy carriers. This is, we must convert renewable energy from wind and solar electricity into stored chemicals.

Hydrogen storage is the easiest way of achieving this. Hydrogen can be gathered simply by splitting water into its components – hydrogen and oxygen – using electrolysers.

Hydrogen can later be either burned directly and used as an energy carrier or converted back to electricity.

When hydrogen is a gas, it can be stored easily, which is critical as the challenge with renewable electricity is that you don’t know when it will be available. In particular, with the heating sector a lot of our energy demand is concentrated in winter, when the sun shines for limited amounts of time. So again, for long-term storage, hydrogen is ideal.

If the Etzel project is successful, it will allow many commercial hydrogen storage projects to follow because the general aim is to create a hydrogen backbone across Europe. This system should link the production sites, the point of imports and the regions of demand as the natural gas system does today. Such an integrated system would require a vast amount of storage capacity to ensure that we have reliable of supplies of hydrogen. Similar to natural gas today, Etzel would be in an ideal position to deliver a significant share of this flexibility from its caverns.

"...We must switch to 100% renewable energy within the following decades" 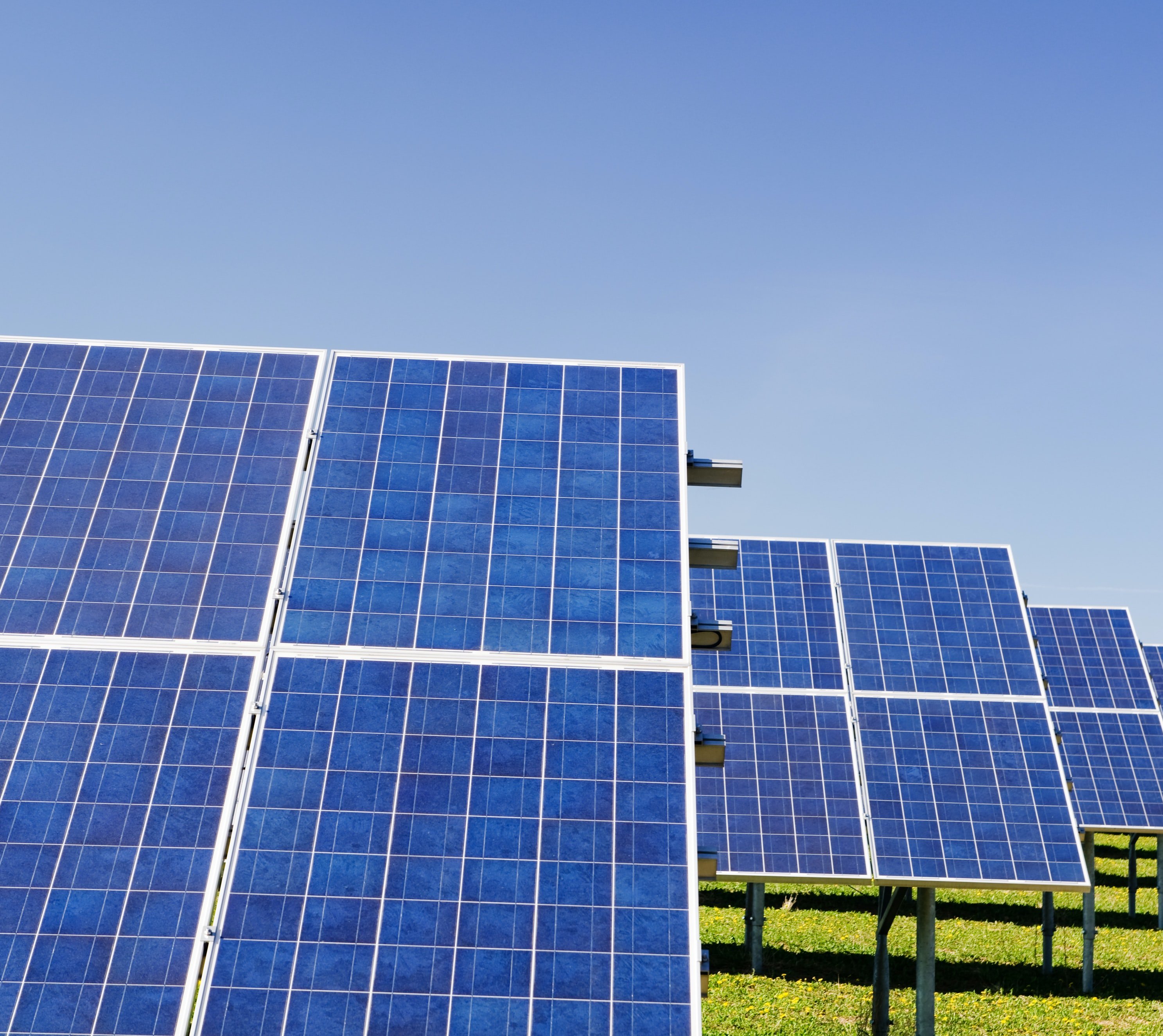 With the swing away from nuclear and fossil fuels, Germany needs to find alternative energy generating methods. Hydrogen is touted as one likely option to replace fossil hydrocarbons. Renewable hydrogen is also central to the European Commission’s vision for achieving net-zero carbon emissions by 2050.

Boosters argue that hydrogen fuel cell vehicles have a driving range and refuelling time similar to conventional vehicles and an exhaust that is just water vapour. Buses and lorries can be propelled by hydrogen, and potentially even ships and aircraft. It is also seen as a replacement for natural gas as a source of heat.

More relevant for Etzel is that hydrogen can store the surplus output of solar and wind power stations. Although the wind farms doting the gusty coastlines of northern Germany are generating record amounts of alternative energy, the nation’s grid is too weak to transport all the power to the country’s south. So, on days when the energy generated by wind and solar surges beyond what the congested transmission lines can handle, grid operators turn off some renewable generators.

As a solution, excess solar and wind energy can run electrolysers that convert water into hydrogen. This, as well as imported quantities, can then be stored in underground caverns as part of a network that can convert it back into electricity for industry or the heating and electricity market. For example, in the electricity sector, hydrogen can be used to meet demand on days when there is little sun or wind.

The Etzel site is ideal because of a natural salt dome that lays below the surrounding cow-filled meadows. The properties of salt make it ideal for the storage of gases and liquids. It can be readily hollowed out, and salt rock is impermeable, so there is no leakage. The salt dome measures 12 kilometres in length and is 5 kilometres wide. Depths range from 700 to 4,500 metres.

The first caverns were created at Etzel to store German emergency crude oil after the oil shocks of the early 1970s saw supplies fall and prices soar. In the 1990s and from 2006 on, other caverns were developed to store natural gas. Storag Etzel currently has 24 caverns housing oil and 51 holding 4.5 billion cubic metres of gas – around 5% of Germany’s total annual demand. The gas caverns are leased to providers like BP, Électricité de France (EDF), EnBW, Gazprom, OMV and Uniper.

“The upside is that the company has rights for another 24 partially developed caverns,” comments Richter. “This means they can be developed for hydrogen at roughly 50% of the investment costs of caverns created from scratch.”

Most of the Storag Etzel caverns are between 900 and 1500 metres below ground, some 300 to 500 metres deep and around 60 metres in diameter. “Typically, it takes two to three years to drill and leech out a cavern with seawater, depending on the exact size,” explains Kilian Mahler, who has managed the cavern fund since 2012, “so having some already in the early stages of development will save time as well as money.” 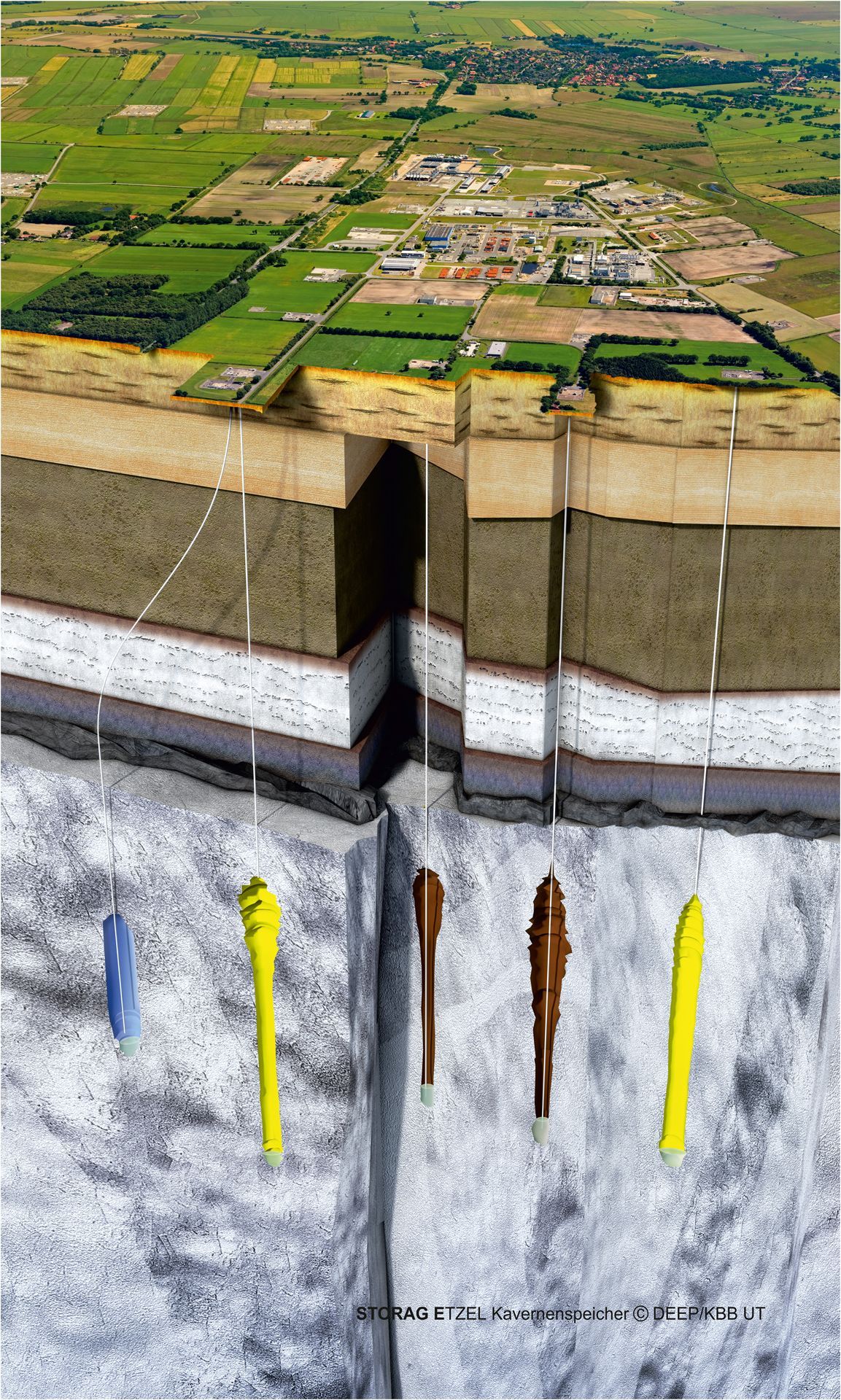 The caverns – roughly a quarter of all storage caverns in Germany – are valued at around €2 billion and are owned by two funds managed by PATRIZIA. The first was set up in 2008, the other in 2013. Their investors are insurance companies and pension funds from across Europe.

“The leases on our gas caverns run for around 30 years. Twenty leading investors have now placed capital in the two funds, and annual revenues are €160–170 million a year,” says Mahler.

The two cavern funds are the largest infrastructure funds in Germany. Storag Etzel oversees the property management side and the operations above ground. The market value of the oil stored at Etzel stands at around €5 billion.

“Stockpiling oil and gas reserves in caverns has proven its worth over the past 40 years, and I think the caverns have plenty of potential for storing vast reserves of hydrogen,” comments Mahler.

After submitting their application to the German government, the partners involved in the H2CAST Etzel project, including the German Aerospace Center (DLR) and the Technical University of Clausthal, are awaiting approval.

With appropriate funding and development on two existing caverns and surface facilities could begin early 2022.

H2CAST Etzel would become the first project to convert existing gas infrastructure into scalable, large industrial production. When functioning, up to 10,000 cubic metres of hydrogen per hour could be circulated through the caverns to test the storage cycle and the gas infrastructure.

If successful, H2CAST Etzel would pave the way for an even more ambitious renewable energy storage project. As Germany switches to the demands of a hydrogen-based economy, the existing caverns and infrastructure would need to be adapted. This follow-up project would require an investment of €100 million for large-scale H2 storage and is considered the basic project for a common European hydrogen supply from Hamburg to Paris.

“Storag Etzel is in a central position with capacity to develop,” says Richter. “We are well integrated into existing pipeline networks, the deep-water port of Wilhelmshaven allows hydrogen to be imported and exported by ship, while more than enough electricity is generated from nearby wind farms that can be converted into hydrogen. Etzel seems predestined to be a central part of the hydrogen future.”