Thanks to a strong economy and low interest rates, demand for offices is growing steadily. In some metropolitan areas, office space is increasingly in short supply.

Europe’s economic engine is running smoothly. According to Eurostat, the economies of the European Union’s 28 member states grew by 2.4% in the second quarter of 2017 compared to the same period last year. Consequently, growth has accelerated for the fourth quarter in a row. The strong business activity is also creating enormous demand for office real estate. In some cities, it is almost impossible to find modern space. Project developments in Germany, for example, are not likely to increase availability until 2019.

This is not due to lack of capital resources; the ongoing low-interest policies of the central banks and a serious lack of low-risk investment alternatives are attracting an unstoppable flow of investors to real estate markets. The trend is depressing returns on investment, so that top-quality properties can barely provide returns of more than 4% annually. But this yield is attractive compared to residential properties or even AAA-rated bonds. Nevertheless, office space is in short supply in light of the booming demand. According to Jones Lang LaSalle, total revenues from office rentals barely increased over the previous year’s figures in the most important German metro areas during the first half of 2017 due to there simply being no more space to rent.

A study by Cushman & Wakefield (C&W) shows that the supply shortfall is not going to change significantly before 2019. Berlin and Munich will be among the office real estate markets with the highest capacity utilisation in the world, with vacancy quotas of 3.1% and 3.3%, respectively. Of the 85 large cities studied, an even lower figure, 2.4%, was forecast only for Sydney, Australia. The C&W experts also predict decreasing vacancy quotas for Amsterdam, Stockholm, Frankfurt, Lisbon and Helsinki.

Nevertheless, the construction boom in the commercial real estate sector is likely to have less impact on Europe, because the new space will be quickly absorbed. Compare that to the Asia-Pacific region, where, by 2019, around 60% of the estimated new construction volume will be located. As a result, the market will be increasingly tenant-friendly: in Shenzen, for example, the vacancy quota is expected to increase by 19 percentage points. 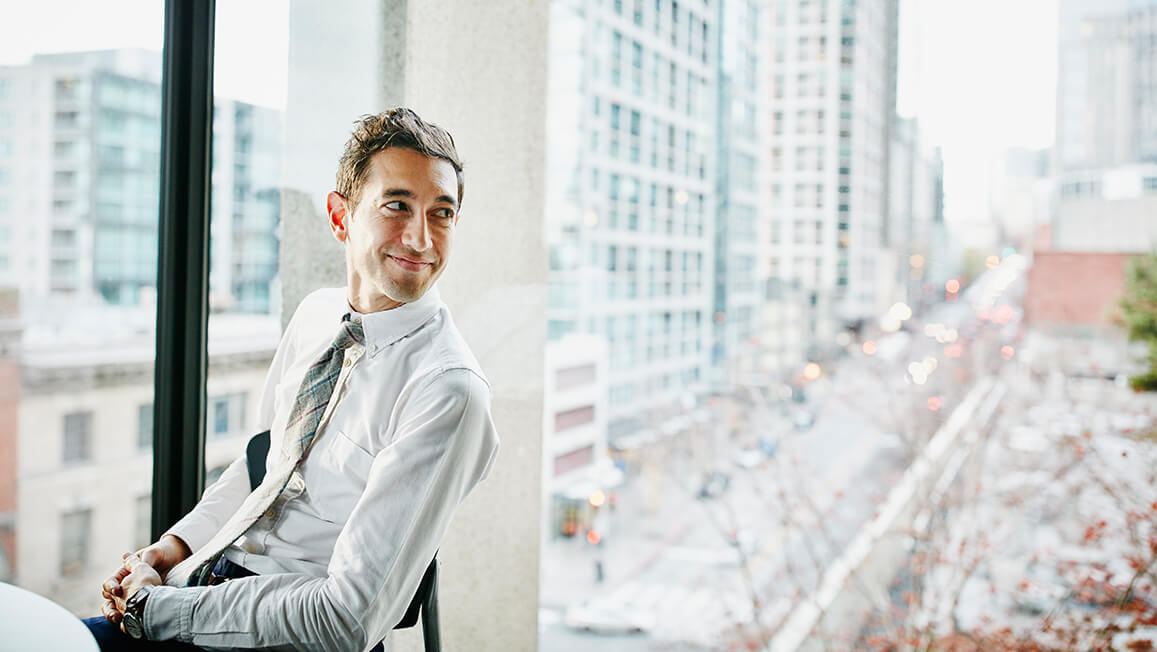 Downward trend: All over Europe, vacancy quotas are shrinking in metropolitan areas.

Returns on rentals remain under pressure

Very few of these bursts in project developments are to be seen in Europe. According to a study by BNP Paribas Real Estate, in the fourth quarter of 2016, prime office yield declined in nearly all of the ten largest high-rise office buildings in Europe. In Paris, Europe’s market with the biggest office investment volume, it shrank to 3.15%. Two years earlier, this figure was as much as 4%. London, stagnated at 3.5% over 2014 figures, due to uncertainty surrounding Brexit. The prime office yield in German cities dropped significantly in the same period, from 4.5 to 3.8% in third-place Frankfurt, for instance, or from 4.45 to 3.3% in Berlin, while cities such as Madrid and Amsterdam showed no decline. Sites to build on are in short supply in the large cities. Commercial properties of all kinds compete with residential construction projects for the few available sites. And rising real estate prices are massively depressing the returns on rent. Investors try to escape the shrinking returns in the established real estate segments by focusing on niche investments such as data centres and multi-storey car parks. They are also investing more and more in B-sites and project developments.

However, both strategies increase the real estate portfolio risk and the volatility of the rental yields. In principle, this drawback should be reflected in property prices. Because of the serious shortage of existing properties, however, investors are prepared to exchange forward deals for a reasonable risk premium. Dominik Röhrich, head of the Fund Management Office at PATRIZIA Immobilien, believes that paying the same prices for project developments as one would for finished properties indicates a lack of risk awareness. In principle, he says, it is a reasonable choice if investors want to secure projects early on. But the prices approach a factor of 30 in the best locations. “Therefore, projects that will not be occupied by tenants for a few years to come are now just as expensive as finished, largely rented office buildings,” Röhrich warns.

Investors are obviously turning a blind eye to the cost risk involved in construction as well as the rental risk involved in speculative properties. And even if construction risk and letting uncertainties can be covered, for the risk of rising interest rates investors can only pay an interest rate premium to safeguard themselves. But if the project development fails — because the principle tenant withdraws, for example — the bank will bill the investor for its eroded margins, unless the investor can lend money on an alternative investment property in place of the failed project development.

Nevertheless, project developments do have advantages. Innovative space concepts, such as wired offices and co-working, are ideally implemented in new buildings. CBRE reports that co-working concepts in Germany already account for 7% of the rental market. Landlords benefit from this because they can rent large, cohesive areas under good rental terms. For the tenants, co-working also means greater flexibility in developing their enterprises.

In light of the high prices commanded for project developments, PATRIZIA Immobilien has acquired a portfolio of three nearly fully-rented office buildings in Hamburg, Frankfurt and Dortmund for its recently created PATRIZIA Gewerbe-Immobilien Deutschland III fund, the third fund of a series started in 2013 and which has invested more than EUR 1 billion in German office and commercial real estate. “We are very pleased that we were able to prevail in the selective bidding process and acquire this highly attractive portfolio for our customers,” says Daniel Dreyer, Head of Acquisitions Commercial Germany at PATRIZIA. 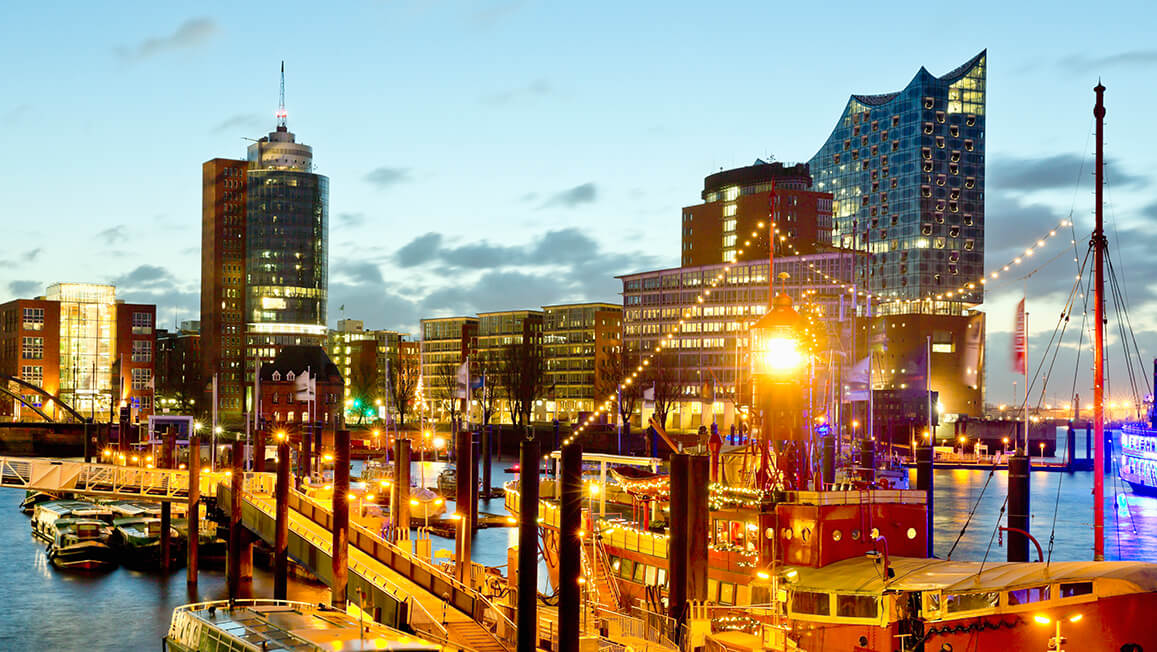 Hamburg’s HafenCity Gate property offers approximately 26,200 square metres of space and stands out with its unique location adjacent to the Elbe Philharmonic Hall. The portfolio also includes the Westfalentower in Dortmund, which provides just under 29,800 square metres of space, as well as a modern office building with approximately 5,600 square metres of space in Frankfurt am Main. “The portfolio contains very high-quality properties in attractive office segments with a balanced mix of tenants, and it includes a real trophy asset in Hafen City Gate. To start our newest German office fund with such an investment is a perfect foundation for an expanding German portfolio,” adds Dominik Röhrich

Office properties in top locations still offer attractive yields despite shrinking returns. Although some investors ignore the risks and pay too much, especially for project developments, experienced market participants such as PATRIZIA Immobilien can secure top properties like HafenCity Gate in Hamburg for their customers — even in this highly competitive environment.

The six most important factors for the future of…

The changing world of retail real estate: the ‘wow…