Predicting voting outcomes is becomingdifficult. After the upheaval of the Brexit referendum and the American presidential election, the vote in the Netherlands did not yield any shocks.

Although the right-wing populist followers of Geert Wilders made slight gains on 15 March, the pro-Europe camp led by Prime Minister Mark Rutte clearly retained its predominance in the parliamentary elections in the Netherlands. But the climax of the 2017 election year – the French presidential election – will take place in a few weeks.

That being said, in the first round of elections on 23 April, the prospects for the ruling socialists are even worse than those of conservative candidate François Fillon. Due to the scandal involving his wife’s pseudo-employment, the latest surveys indicate that Fillon is currently in third place. On the other hand, independent candidate Emmanuel Macron and Marine le Pen, leader of the Front National, rank almost neck and neck, and could compete with one another in the second ballot on 7 May.

Social liberal Macron is planning a radical restructuring of France: Tax cuts, cutting 120,000 jobs in the public service, withdrawing the state from equity stakes in companies and combating the high level of unemployment are the issues that characterise his electoral programme. The right-wing nationalist Le Pen also seeks to reduce unemployment, but through different means: She preaches a more protectionist approach, lower immigration and a Frexit referendum. Nevertheless, her prospects of winning a run-off election against Emmanuel Macron or François Fillon are rather poor. 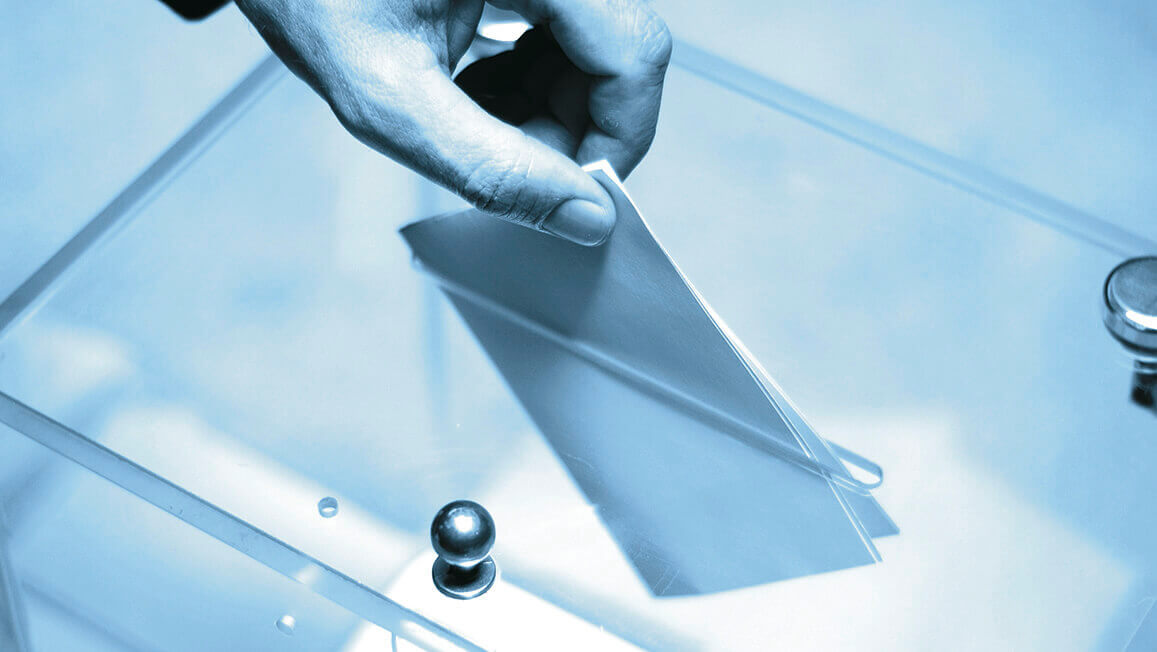 But then again, that was also thought to be true of Donald Trump in the 2016 election. And yet, in November 2016, the Republican was surprisingly elected as the 45th President of the USA. In Britain too, the Brexit referendum’s outcome was unexpected for many. The reaction of the capital markets was appropriately erratic. But investors have learnt their lesson and now no longer rely on opinion polls, reckoning instead with unlikely configurations following critical elections. And that is the decisive lesson to take away from the 2016 election year: Public opinion is harder to predict than it used to be.

Generally speaking, investors are focusing their attention more intensively on 2017’s political issues. The new situation has fundamental implications for real estate investors. The pan-European diversification of a portfolio is now far more important than it was even a few years ago, for Eurosceptics will not give up even if Marine Le Pen is defeated.

Since Matteo Renzi’s defeat in the constitutional referendum of December 2016, the situation in Italy is equally critical. To avoid further stoking the anti-EU sentiment south of the Alps, the earliest that ECB Head Mario Draghi could initiate the interest rate adjustment would be 2018, whether consumer prices rise in that year or not. The zero-interest-rate policy of the central bank prevented a breakup of the Eurozone, but it also had severe side effects.

“Investors will need to have an even stronger focus on market fundamentals and location of assets to limit the downside risks in a long-term perspective.”

In the absence of investment alternatives, increasing amounts of capital are funnelled into real estate, primarily to Germany, where loan terms are particularly favourable. Thus, the prices of apartments and houses in booming metropolitan areas are soaring. Although new construction is gradually gaining momentum, too little affordable housing is being created to compensate for the influx into big cities and to offset the already existing shortfall in the highly sought-after university towns.

As such, in addition to existing apartments, student residence halls remain an exciting investment topic. In commercial real estate, favourable financing terms and the low exchange rate of the euro are attracting institutional investors from the dollar zone, increasing demand for office properties with long-term leases in major European cities.

Although victory for EU opponents in France’s presidential election is unlikely, investors should be wary and undertake regional diversification of their portfolios. “All market players should expect market turbulence around the elections and keep a close eye on them,” explains Dr. Marcus Cieleback, Group Head of Research at PATRIZIA Immobilien AG.

“Ultimately, they will offer opportunities for those investors who are able to act quickly.” Furthermore, euro interest rates will probably persist at a low level and the euro is likely to remain weak in 2017. As a result, investments in European real estate markets will continue to be attractive in addition to the pure diversification benefits for international institutional investors.

The cluster city as a model for success …