Disruption concerns us all

Disruption is as old as mankind, but now, with technological advances, globalisation and demographic shifts, it is set to pervade every aspect of our lives.

As old as humankind

The concept of disruptive innovation, or to be more precise, disruptive technology, was first formulated by Clayton Christensen, a professor at Harvard University, in 1995.

He coined the term to describe the transformation of business models and value networks due to technology. This involves a process whereby a “smaller company with fewer resources is able to successfully challenge established incumbent businesses”, as he put it. A few years later, he expanded the technology element of his theory to encompass all business innovation, as disruption does not just involve new software or hardware. It can also be brought about through new manufacturing processes or business configurations.

Christensen’s definition arrived a bit late to the party, however, as disruption is as old as humankind itself.

Disruption is nothing new

One of the earliest cases of a disruptor is the screw. Thought to have been invented by the Greeks, this simple metal pin – with a spiral ridge running along its length – radically altered construction methods and became the most common device used in engineering. From humble beginnings as a tool to secure opposing surfaces together, or press grapes to make wine, it evolved to assume a vital role as a connecting part in all sorts of machinery by the time of the Industrial Revolution.

Optical lenses have a long and influential history as well. The Egyptian and Mesopotamian invention has greatly expanded our vision, through simple glasses, to powerful telescopes that can help us reach back in time by observing distant supernovas. They have also helped to disrupt the way we consume entertainment by becoming essential components within film cameras and screen projectors.

Disruptors can be found everywhere in popular culture. Take The Beatles. The quartet from Liverpool revolutionised the idea of an instrumental band by writing and performing all of their own songs, while introducing psychedelic influences and spiritual experimentalism into their music. They also produced the first concept album, Sgt Pepper’s Lonely Hearts Club Band in 1967.

Despite all these historical precedents, disagreements as to what qualifies as a disruptor are rife. Some say Uber is one, others are adamant that it does not fulfil the necessary criteria. Christensen is in the latter camp. He argues that although Uber is an undisputed success story, it is not, strictly speaking, a disruptor. It has ‘only’ made the typical experience of using a taxi more convenient – and slightly less expensive.

One of the reasons for these arguments lies in a misunderstanding over the distinction between disruption and innovation. A commonly used remark by those who study the subject is that ‘disruptors are innovators, but not all innovators are disruptors’.

A perfect example of this is Ford and the internal combustion engine. The latter, invented by Belgian engineer Etienne Lenoir in 1859, overtook the steam engine to become the heart of modern cars and jet planes. But it took Henry Ford to properly disrupt the way that humans travel. Ford was not the first person to build cars, but his company began using assembly line production methods, which allowed it to mass produce affordable automobiles.

Today, when we consider market upheaval, we inevitably associate it with digital disruption, which has been around for at least the last 50 years.

Switzerland’s wrist watch industry was certainly a major victim of disruption. For centuries, Swiss watchmakers had been the leading producers of mechanised watches, capable of creating beautiful and intricate finely tuned instruments. Then the Japanese came along in the 1960s (think Casio) with their digital watches, which gave users additional stopwatch and personal alarm features and wiped out large swathes of the Swiss watchmakers’ customer base.The Swiss re-emerged in the 1990s, harnessing new technology, but placing a strong emphasis on style and design. Nevertheless, the industry has never been the same since. 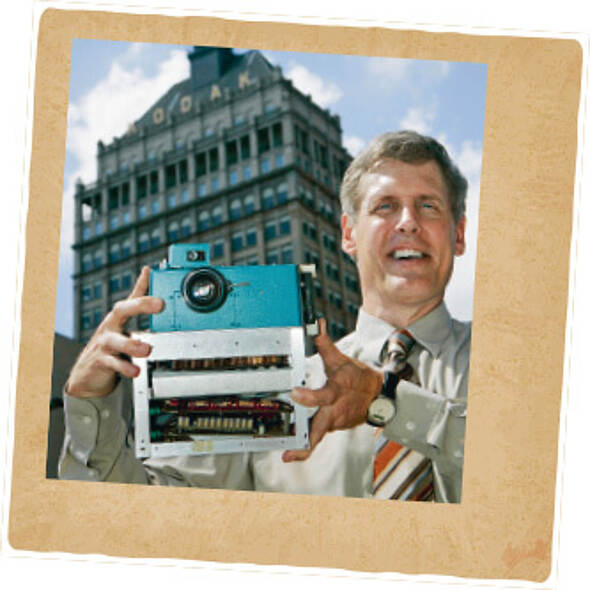 In New York City in the 1970s, Remington could boast an 80% share of the typewriter market. But by the end of the decade IBM and word processors had appeared in offices up and down the metropolis, breaking Remington’s domination. The company failed to respond to the word processor and eventually went out of business.

Other more recent examples are now household names, such as Amazon and Spotify. But it is easy to forget the large number of products that originally looked certain to go on and disrupt their markets, but instead ended up fizzling out.

What a lovely idea ... Steve Sasson’s digital concept was originally rejected by Kokak.

The MiniDisc, Sony’s big idea for music consumption, is one of the most famous flops in the history of disruption. Introduced to the world amid much fanfare in 1992, Sony had banked on consumers flocking to the new music playing format. The company believed that tape cassettes were too fragile and had a limited shelf life, while CDs were not capable of recording music at the time. The MiniDisc, in contrast, was a robust, compact product that could record music and do everything that CDs could do.

The problem for Sony however, was that the MiniDisc was simply too expensive for its target market – teenagers and young adults. Music lovers were reluctant to abandon their Walkmen and Discmen and Sony struggled to sell the device in any meaningful numbers. And by the time it started to gain a tenuous hold in the market, technology had already raced ahead and given birth to the MP3 player and Apple’s iPod. The failure of the MiniDisc didn’t lead to Sony’s demise — it had too many other good products for that to happen – but it did crush its monopoly on portable music players.

Kodak wasn’t so fortunate. Before the turn of the century, the company had enjoyed a reputation for innovation, having adapted well to advances in photography production such as moving from dry plates to film. But it only took one fatal mistake for Kodak’s empire to begin to unravel.

Back in 1975, one of its employees, Steve Sasson, is said to have invented the digital camera within the company’s R&D department. When presented with the new technology however, management were not impressed by the cumbersome nature of Sasson’s early prototype. Recounting the story many years later to The New York Times, Sasson revealed that Kodak’s executives had told him: “That’s cute – but don’t tell anyone about it”.  Over 35 years later, overwhelmed by the smartphone revolution, Kodak filed for bankruptcy.

Kodak weren’t the first and certainly won’t be the last company to misread their markets. According to Jeremy Gutsche, a bestselling author and awardwinning innovation expert, 40% of the Fortune 500 will not exist in a meaningful way in 10 years’ time. So why is it so difficult to respond to disruption? 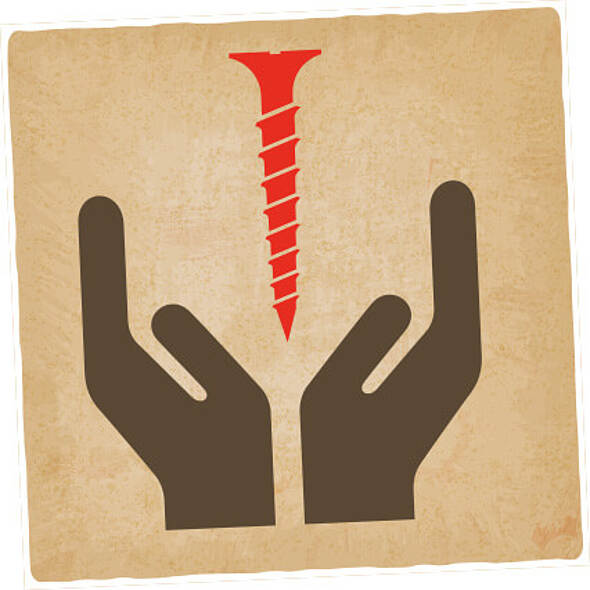 According to EY, market incumbents dismiss the initial disruption of their industry simply because they view the start-ups as being of little relevance to their established products or services. This dismissive attitude continues even when a small core of customers begin to use a disruptive offering, giving the newcomer a foothold in the market. This allows them to invest and grow and before everyone knows it, their business is offering a better deal and capabilities than established players.

©krabata/natbasil/natrot/stock.adobe: Classic disruption has been with us throughout history. One good example: the screw, plus all the tools it requires.

But disruption can be so fluid and unpredictable that even watchful companies can be caught out. In the early 2000s, Blockbuster had the opportunity to acquire Netflix, which at the time was a direct rival with its postal DVD distribution service. The deal, however, never materialised. And despite carefully watching its young rival, Blockbuster was unable to respond to the opportunities that the internet was throwing open to its business. Meanwhile Netflix, free to move quickly and with nothing to lose, went on to disrupt itself by switching focus to streaming movies and TV series online.

The effects of disruption are now so widespread that they are beginning to extend beyond the business world. EY points to sharing economy start-ups such as Airbnb that are already upending regulatory frameworks. Driven by technology, globalisation and demographic shifts, no area of our lives is safe from disruption – whether we like it or not.