Smart cities promise answers to the complex challenges of urbanisation. But many projects are failing to live up to their lofty ambitions. Perhaps there are cleverer ways to apply smart technologies to shape sustainable and liveable cities.

For the past two decades, local, regional and central governments have invested vast sums to create smart cities. Smart cities are those that leverage information and communications technology to manage a city’s assets and processes efficiently and provide connectivity and mobility to an ever-growing urban population.

The vision of a sleek, master-planned metropolis providing data-driven efficiencies, conveniences and new development opportunities is powerful. According to one count, the number of smart city projects announced annually worldwide rose from three in 2011 to 78 in 2019.

However, enthusiasm is waning for grand smart city visions. Part of this is due to COVID-19. The pandemic caused many initiatives to be pushed back or cancelled. But there is also a growing list of smart cities across the globe falling well short of the lofty aims trumpeted by developers and entrepreneurial city leaders.

Although each smart city project faces its own challenges, one common feature is that they seek to create ‘smart’ districts from the ground up. Dan Doctoroff head of Sidewalk Labs in 2017 summed up the motivation back then: “What would a city look like if you started from scratch in the internet era – built a city ‘from the internet up’?” The answer seems increasingly to be, “Not that great!”

What would a city look like if you started from scratch in the internet era – built a city ‘from the internet up’? 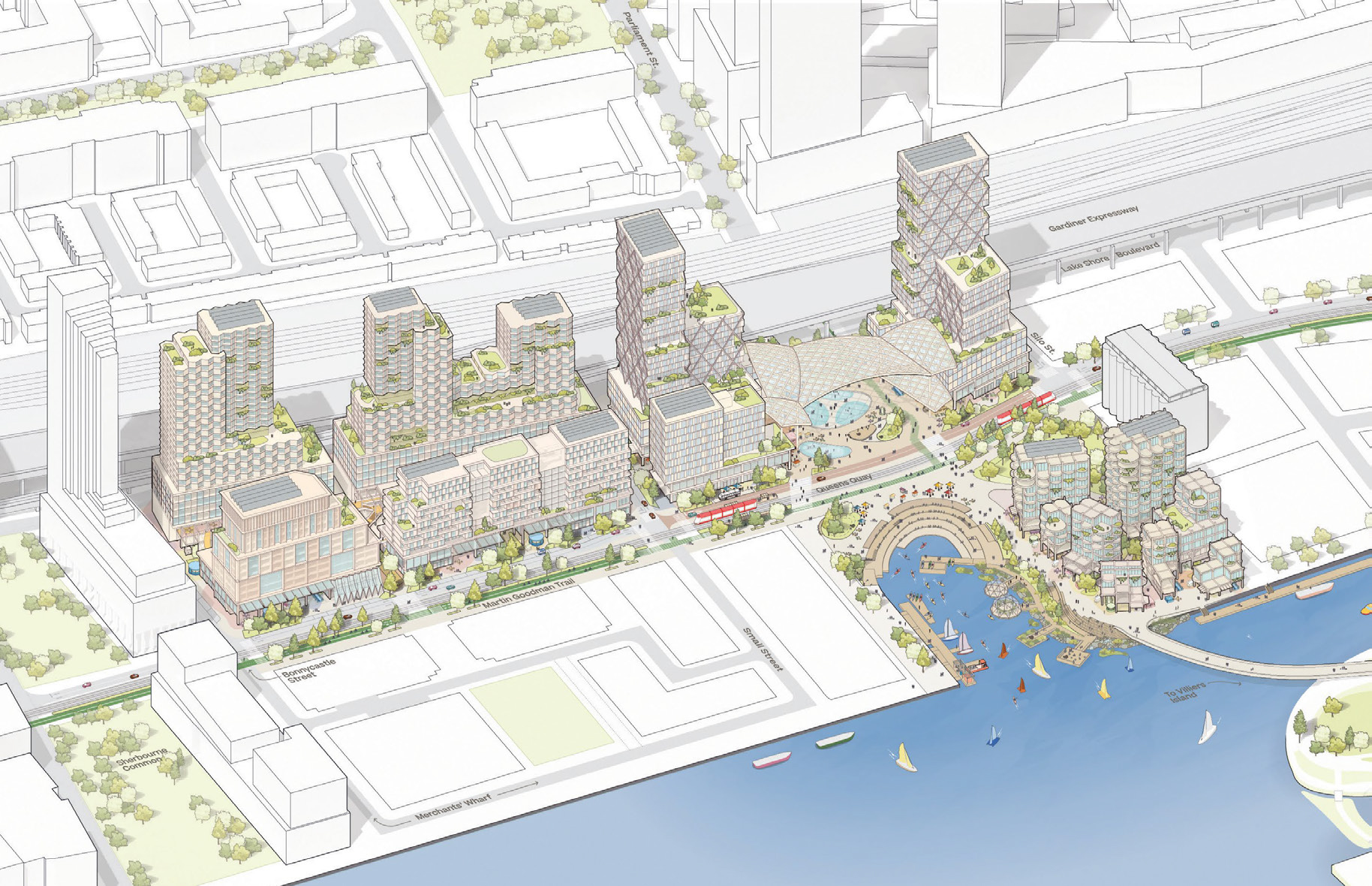 Sidewalk Labs, a subsidiary of Google (now Alphabet), was involved in redeveloping the Toronto waterfront (see header image) to create a “more sustainable and affordable community” using innovative technology and urban design. The company walked away from Sidewalk Toronto in 2020 after challenges related to data privacy and costs.

Shannon Mattern is a critic of smart cities. A professor of anthropology at The New School for Social Research and author of A City is Not a Computer, Mattern argues that ‘smart’ computational models of urbanism advance an impoverished understanding of what we can know about a city.

“Many good things can come from smart city concepts, such as better resource management, traffic efficiency, healthcare and environmental applications,” says Mattern. “But a lot of urban life simply ‘does not
compute’. The processes of city-making are more complicated than writing parameters for rapid spatial optimisation.”

The alternative to constructing gleaming, data-driven cybercities on greenfield sites is to graft innovative technologies so existing cities can reinvent themselves. It is what successful cities, whose existence has
spanned centuries or even millennia, have always done: incorporate the best innovations of the time – electricity, lifts, trains, sewerage systems, viaducts – to enhance urban life.

The building components of smart city concepts are sensors, cameras, communication networks, cloud infrastructure and AI programs needed to process the ever-growing volume of data. Such solutions have been
successfully grafted onto places like Barcelona, London, New York and Singapore – four cities that regularly feature on smart city lists. These are places where smart projects are embedded in the needs of the existing community.

“Given the challenges our cities face in the 21st century,” says Mahdi Mokrane, Head of Investment Strategy & Research, “we should be less focused on creating smart cities from scratch and more on ‘smartening up’ our existing cities.” 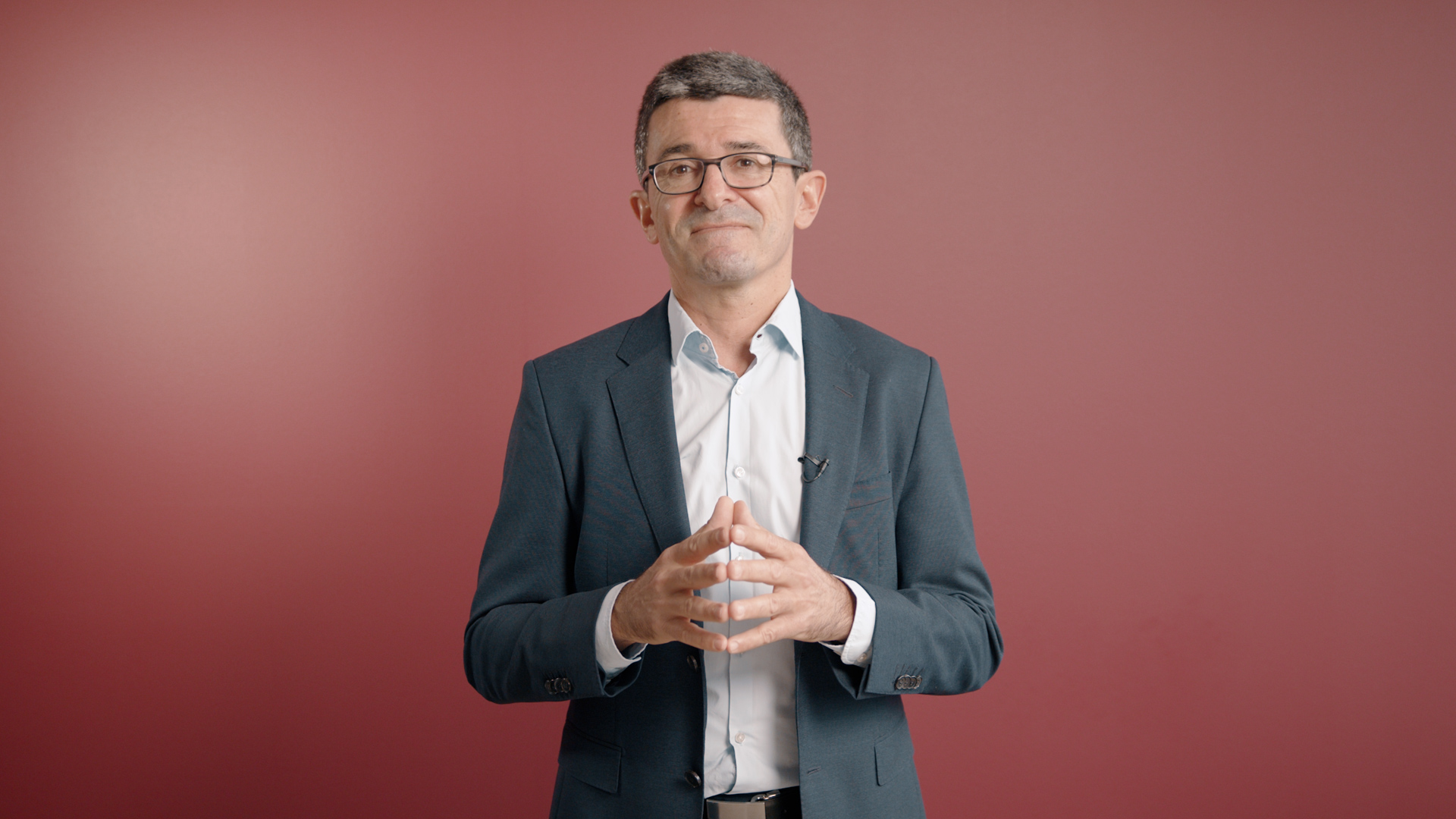 "Given the challenges our cities face in the 21st century, we should be less focused on creating smart cities from scratch and more on ‘smartening up’ our existing cities."

Mokrane points out that 56% of the world’s 7.9 billion people live in existing cities, and the number of urban dwellers will only continue to swell in the coming decades. By 2050, when the global population is expected to be 9.9 billion, more than 70% of humanity is projected to live in cities.

“Our legacy cities face immense challenges – overcrowding, traffic congestion, decarbonisation, environmental degradation, resource scarcity and environmental threats,” says Mokrane. “The best benefit we can provide is retrofitting these cities – the infrastructure, buildings and services – in an intelligent way, so they remain secure, resilient and, above all, liveable in the future.”

First among the challenges is urbanisation. “People vote with their feet,” explains Marcus Cieleback, Chief Urban Economist at PATRIZIA. “All around the world, people continue to move from the countryside to cities.”

As Mattern notes, smart technologies can address many problems. For example, technologies applied to buildings – both new constructions and renovations – can introduce practical, effective solutions that drive cost savings, efficiencies and carbon reductions.

If a building knows when a room is empty, it can infer that room doesn’t need to be heated in winter or cooled in summer. If it knows when electricity is cheapest, it can use that window to recharge batteries. Predictive maintenance can indicate when components may fail, allowing for efficient recycling of components, and minimising downtime and unplanned costly maintenance.

Yet, no amount of digital stardust will solve critical problems related to social inclusion and inequality that plague cities, such as affordability, rental market squeezes or growing urban poverty. Another scourge of social city life is a pandemic developing for decades: loneliness.

People vote with their feet, all around the world, people continue to move from the countryside to cities.

Smart cities need to care about social care – otherwise they are not smart.

One problem Jan-Hendrik Jessen has with the term smart city is that it is defined by technology. “Smart inevitably refers to the 0s and 1s, the underlying hardware,” he says.

As Head of Fund Management Operated Properties at PATRIZIA, Jessen focuses on providing care places for the elderly. He rightly points out that cities, at least in the West, face a challenge never before confronted: mass ageing.

The long-term consequences of demographic drivers – increasing life spans and fewer babies – are becoming a reality this decade. For example, the number of employed people in the EU 27 peaked in 2020, and companies will increasingly find themselves competing for an ever-shrinking pool of young talents.

Importantly, by the end of the 2020s, the last Baby Boomers will be entering retirement, which will reshape society. For example, single-person households already comprise a third of all households, a factor behind growing social isolation and loneliness.

Loneliness is a complex issue bound up with the way people live, work and interact. “Smart cities need to care about social care – otherwise they are not smart,” says Jessen. “The use of smart technologies must improve social services and strengthen social inclusion.”

The metro area population is 37 million. Its GDP is $1.52 trillion, which is larger than all but ten country GDPs, according to the World Bank.

The capital of the UK has an estimated GDP in 2017/18 of €801 billion, which is larger than all but six European countries.

Cities are engines of economic growth. In fact, megacities like Dubai, New York, Seoul, Shanghai and Tokyo have annual GDPs that dwarf more than 170 nation-states.

This means large European cities should see growth continue,particularly the capitals. Such cities routinely outperform their national economies, sometimes to a quite staggering extent. Between 2005 and 2019, for instance, Oslo saw more than twice the GDP growth as Norway as a whole.

The economic strength of London and Paris is quite extraordinary. For example, London has a GDP of €801 billion, which, if it were a country, would see it ranked eighth in Europe above Switzerland, Sweden and Ireland. Paris, with a GDP of €685 billion, would place tenth. Success attracts more people to cities, which continuously challenges cities to maintain and improve the conditions that made them attractive in the first place. In recent years, ‘smart technology’ has been hyped as a solution.

However, technology cannot solve all problems arising from increasing urbanisation. Indeed, it can create new issues, for example, around privacy or excluding city residents who cannot afford the technology or lack the capability required for its adoption. This could create a new form of social divide rooted in the technological.

Cities keen to use modern technologies need to be aware of the potential pitfalls, says Graham Matthews, Head of Infrastructure at PATRIZIA. “It is not easy becoming smart, a lot can go wrong to the detriment of investors, public officials and inhabitants.”

Matthews says smart technologies are transforming many areas of infrastructure, including the critical sectors of transport, utilities and energy transition and digital infrastructure.

"There are critical areas where smart technology is playing a role. One is infrastructure that addresses sustainability and decarbonisation, which has great potential in the energy sector. The second is in terms of digitalisation and connectivity. The third is in terms of social care – childcare, education, the health sector and other services important for communities and vital to daily life,” he says.

In the end, being ‘smart,’ well engineered or cleverly designed is not an end in itself. It has to serve a purpose: smart cities need to be fair, green, inclusive, sustainable, safe, healthy, affordable and resilient. The
internet, the mobile cloud and paste-on gadgetry can contribute. But so can traditional, low-tech solutions.

For example, air conditioning is one of the most significant urban energy guzzlers. A study in Madison, Wisconsin, found urban temperatures can be 5% cooler with 40% tree cover. Green roofs with high vegetation density can cool buildings by up to 60%. This is worth remembering as cities account for 75% of energy consumption and 80% of greenhouse gas emissions.

“Smartness should not be the goal itself,” comments Mahdi Mokrane. “It is about creating liveable communities that are humane environments that engage citizens and that work.”

Not all smart solutions need to be high-tech. Urban temperatures can be 5% cooler with 40% tree cover. Green roofs with high vegetation density can cool buildings by up to 60%.

Will there still be cities at the end of the 21st…