Grenander Haus, a Berlin office building recently sold by PATRIZIA, is an iconic building by an architect who firmly placed his imprint on the city, but whose legacy is taken for granted every day.

Everyone who travels on Berlin’s underground is familiar with Alfred Grenander’s architectural genius. Take Berlin’s Alexanderplatz station, for instance – one of the around 70 underground train stations constructed by Berlin’s premier underground
designer.

While his buildings are well known, the man behind Berlin’s U-Bahn stations has been largely forgotten. So who was he? Alfred Frederik Elias Grenander was born in 1863 in Sköfde, Sweden. In 1885, the native Swede came to study at the Royal Technical College of Charlottenburg in Berlin, a city that he then chose to make his home for the rest of his life.

"We successfully repositioned the building as a classic core asset."

Grenander initially constructed villas and country houses before working on industrial buildings. Notably, this architectural luminary designed most of the city’s underground stations for the expanding Berliner Verkehrsbetriebe (Berlin Transport Company) after the turn of the century up until his death in Berlin in 1931.

The man behind Berlin´s train stations

Grenander left his imprint on the city’s underground network like no other. It was Grenander who decorated the steel columns of the first elevated railway line, designed the ticket booths and used tiles to add differentiated colour schemes, as well as lighting effects to brighten underground spaces.

His style evolved from Art Nouveau to Neoclassical (the U-bahn at Wittenbergplatz, considered to be his main achievement, is one example) before he embraced factual Modern architecture, including New Objectivity. Grenander Haus provides a striking example of this. 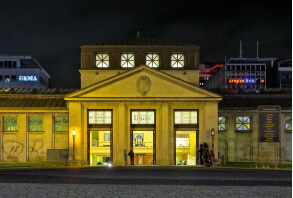 The Neoclassical U-Bahn station at Wittenbergplatz is considered to be an outstanding example of the work of Alred Grenander.

For sure, there has been some recognition of Grenander’s work: the Deutsche Technikmuseum (the German Museum of Technology) held an exhibition honouring his work from November 2006 until August 2007. In 2009, the square in front of the entrance to Krumme-Lanke station was named in his honour. In addition, a memorial column was erected in Alexanderplatz station on the occasion of his 150th birthday. And of course, Grenander Haus, one of the office buildings he designed, was renamed after him.

Grenander Haus was built between 1928 to 1930 as an administrative building for the Berlin Transport Company. The listed building lies in the heart of Berlin at 2 Rosa-Luxemburg-Strasse on the corner of Dircksenstrasse and adjacent to Alexanderplatz. The property is seven storeys high, covers around 8400 square metres and is characterised by its factual modern architecture. 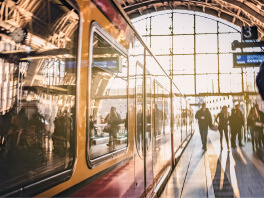 After acquiring the office building, PATRIZIA refurbished the building and improved its infrastructure. This falls in line with its active asset management strategy, explained Daniel Dreyer, PATRIZIA Head of Transactions in Germany: “Through our asset management strategy, we have been able to reposition the building as a classic core asset and the successful execution of the sale – in what is currently a strong investment market in Berlin – reflects the value we have created on
behalf of our clients.”

Berlin currently constitutes a stable real estate investment opportunity owing to its large housing deficit. At the same time, the city’s population is growing and is set to rise by a further 400,000 by 2030. Moreover, the city’s thriving digital technology sector has created numerous jobs and a robust economy. As of 2017, the vacancy rate for offices in Berlin fell to 2.7%, according to a PricewaterhouseCoopers’ study on investing in German real estate.

This article was written by Lois Hoyal/Greg Langley

Nothing to see here, folks