The Bauhaus school of architecture and design, arguably Germany’s best-known art school, has shaped how we view design and function for 100 years and has never been more popular.

Bauhaus initially started out as an art school in 1919 and despite its name – meaning, loosely, ‘school of building’ – and the fact that its founder Walter Gropius was an architect, didn’t have an architecture department at the beginning. However, Gropius’ vision was to create a comprehensive work across the arts, including architecture, over time. The school existed in three German cities – Weimar from 1919 to 1925, Dessau from 1925 to 1932 and Berlin from 1932 to 1933 – under three different architectdirectors – Walter Gropius from 1919 to 1928, Hannes Meyer from 1928 to 1930 and Ludwig Mies van der Rohe from 1930 until 1933.

The school was then closed by its directors due to pressure from the Nazi regime, which viewed it as a centre of communist intellectualism.

Bauhaus style is characterised by its simplicity of design and by the intrinsic harmony between the design and function of an object – from architecture to furniture and appliances – that are elegant and functional and, importantly, can be manufactured en masse. “Less is more” German-American Bauhaus architect Ludwig Mies van der Rohe was known to say.

This principle extended beyond the simplicity of form, the clean, geometric shapes and sleek surfaces that their products would become known for, to encompass function. Each item needed to be immaculately designed to make it easy for the consumer to use, with form following function. 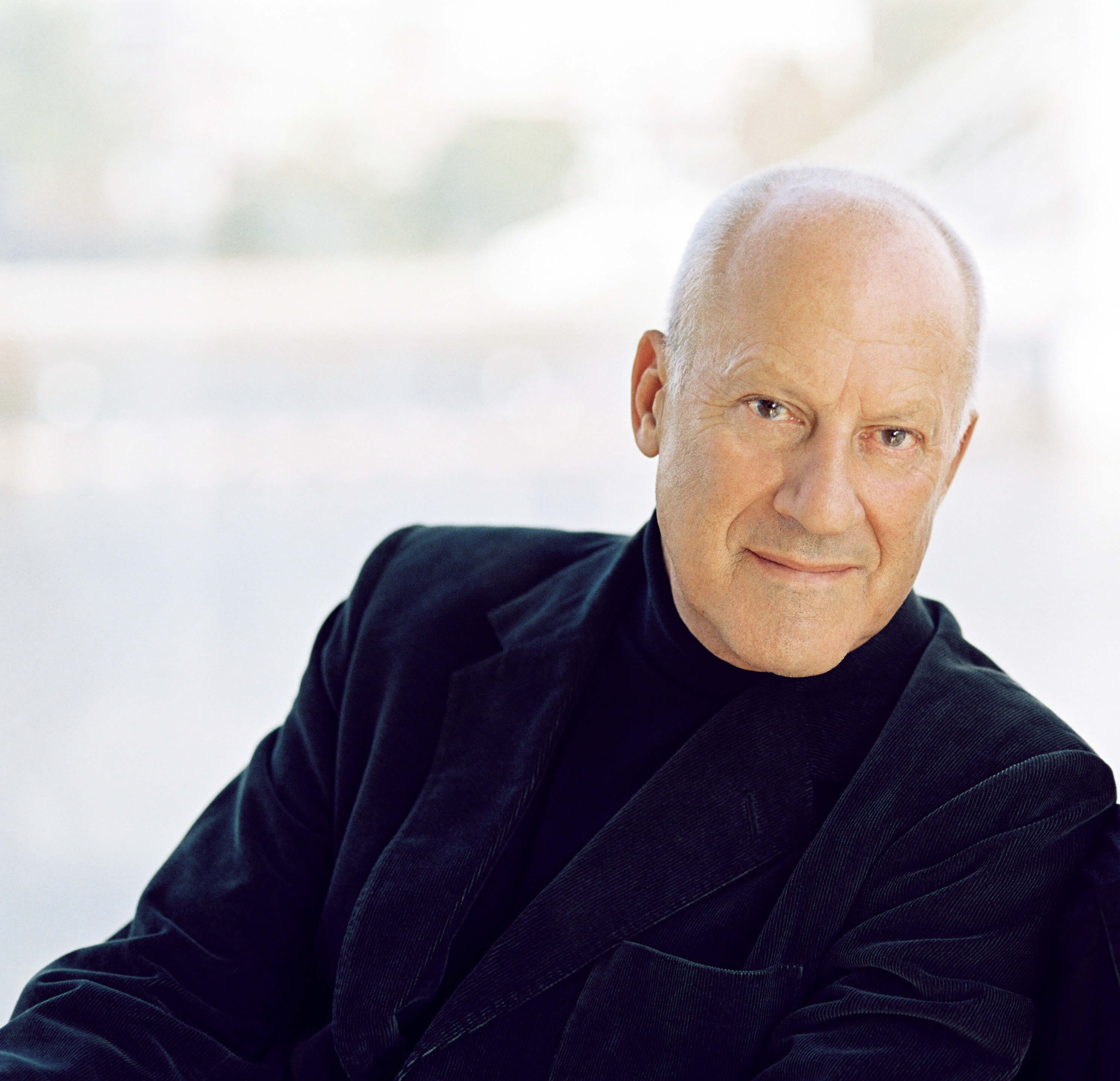 “Perhaps there are beliefs passed on to me through generations of teachers or maybe a conscious personal selection of some inspirations which happen to coincide with those of the Bauhaus,” Lord Norman Foster, Founder and Executive Chairman, Foster + Partners, told estatements magazine. “For example, I have a passionate interest in the links between architecture, design and art, which was at the core of the Bauhaus philosophy. There is also my driving curiosity about how things are made, which is mirrored in the term ‘Bauhaus’ when it is taken in the sense of ‘the school of building’ – which it was at the time.”

Some of the best-known Bauhaus furniture products include Hungarian architect and designer Marcel Breuer’s Model 3 chair, also called the Wassily chair, in honour of the painter Kandinsky who was a fan, and which was inspired by the handlebars of a milkman’s bicycle. It is interesting from every angle and especially beautiful from the back. Importantly, it was true to the Bauhaus ethos of being cheap, adaptable and possible to mass produce. Other notable designs include Ludwig Mies van der Rohe’s Brno and Barcelona chairs and Josef Albers’ colourful nesting tables. Van der Rohe is also known for his temporary German Pavillion for the Barcelona Exhibition in 1929 (a 1986 reconstruction now stands on the original site).

Lord Foster, for his part, has a number of favourites from the Bauhaus period: “I would settle for any painting by Josef Albers,” he said. “The Barcelona Pavilion of 1929 by Mies van der Rohe is another favourite. I recently had the pleasure of visiting a work by the founder of the Bauhaus - Walter Gropius – his house at Lincoln, Massachusetts. He was arguably a transformative force in contemporary American architecture and changed the face of Boston and nearby Cambridge with a new wave of modernism. His house, a fusion of the Bauhaus ideals, was completed in 1942 and is a masterpiece.”

However, nowhere is the Bauhaus school of design more in evidence today than in the products of Apple. Its co-founder and former CEO prior to his death, Steve Jobs, and chief design officer Jonathan Ive have fully embraced the Bauhaus philosophy of bringing order to something very complex, thereby distilling the very complex function of an iPhone or iMac down to something that becomes simple and user-friendly. Jobs went one step further and applied a Bauhaus-like ethic to the whole company. As he once said: “The way we’re running the company, the product design, the advertising, it all comes down to this: let’s make it simple. Really simple.”

"Bauhaus, at its core, is about understanding the world and its wonder."

For Polish-American architect Daniel Libeskind, who is best known for the Jewish Museum in Berlin and who was taught by many Bauhaus refugees at the Cooper Union in New York, “Bauhaus, at its core, is about understanding the world and its wonder”. In an interview with the UK newspaper The Guardian earlier this year, he summed it up as follows: “It’s the fact that everything to do with design - from the small to the large to the horizon - is something beautiful and worthy of the word wonder. I think Bauhaus has a strong ethical and political dimension - it strives for equality.” 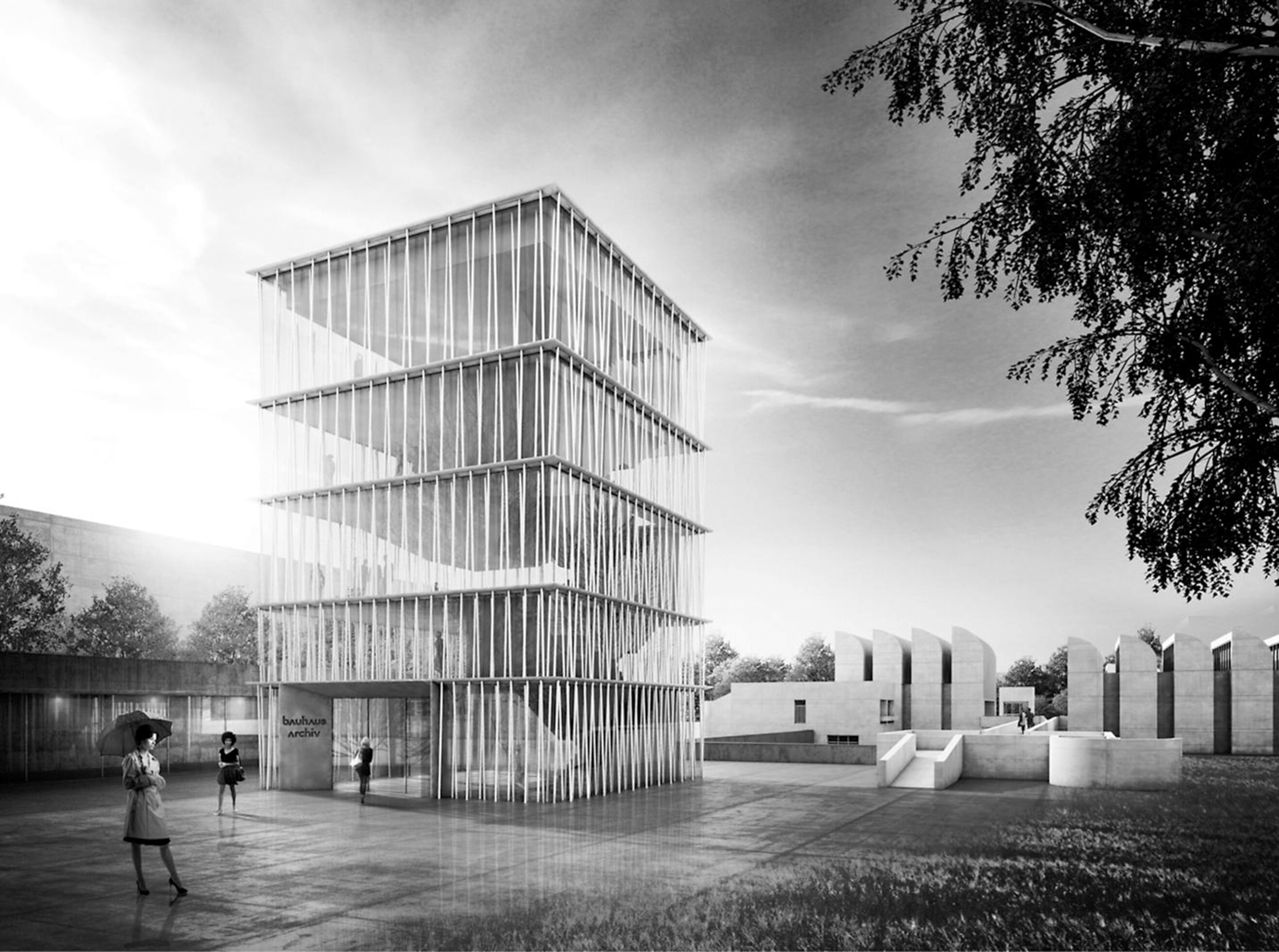 Technology also plays a large role, according to Lord Foster: “With Bauhaus, there was a belief in technology as a force for good,” he said. “For me, technology is always a means to a social end. If you look at any period in history, the most advanced architecture has used cutting-edge technology as a vehicle for its physical or artistic expression – whether that’s the Pyramids, the Gothic cathedrals, the Eiffel Tower in its time or the most advanced structures of today. I believe each building must reflect the spirit of its age. Our earlier projects used products from other industries to build more innovative, cheaper buildings that could be constructed quicker and to a higher standard. More recently, the revolution in digital technology has had a remarkable effect on the way buildings are designed and constructed.”

Perhaps advances in technology are ultimately behind the secret to Bauhaus’ ongoing success – by enabling product design that gives the illusion of being simple (for the design often belies the underlying complexity) whilst being highly functional and beautiful. It is in evidence all around us, from the modern, streamlined yet high-spec apartments that dominate architecture today to the offerings of retail giants such as IKEA and Muji.

"With Bauhaus, there was a belief in technology as a force for good."

Gropius envisioned a time when buildings would be mass-produced in factories and their component parts assembled like toy bricks, according to Lord Foster: “He designed cars, trains and, with Konrad Wachsmann, he experimented with modular systems for housing,” he said.

“As technology and materials have advanced, this thinking is even more relevant. We frequently utilise prefabricated components and we have worked at the scale of prefabricating entire buildings, with the development of a new, innovative system for the large-scale production of individual homes. The potential for three-dimensionally printing a building is arguably an extension of the Bauhaus philosophy. I am particularly interested in how these methods could be used to improve the quality of life in some of the world’s poorest communities.”

And that is how Bauhaus will live on. As technology becomes more and more innovative and advanced, it allows designers and architects to concentrate on design in the knowledge that technology already has their back. It also allows them to create wonderfully complex products that technology is rendering simple to produce. And that is never going to go out of fashion.

The value of connected buildings