Barcelona is in the middle of one of the most ambitious urban renewal projects in the world – and PATRIZIA is in the thick of it.

Barcelona has long been associated with creativity. From the whimsies of architect Antoni Gaudi, to the colourful art works of Pablo Picasso and Joan Miró, and the renowned modern graffiti of El Pez and Sixeart, the cosmopolitan capital of Catalonia has long been a centre of imagination and innovation.

But towards the end of the last century, the city had fallen on hard times. Its harbour was run down, its industrial areas dilapidated and its beach a desolate rubbish-filled strip lapped by dirty water.

Then came the 1992 Olympic games and the town planners used it as the starting point to transform Barcelona. New infrastructure, revamped neighbourhoods, greener parks and a brand new two-kilometre long beach made of sand imported from Egypt opened up the city to the Mediterranean Sea. It revitalised the city and made it an international must visit destination.

Today, urban regeneration continues at 22@Barcelona, the corporate name given to the project at Poblenou. The area was once an industrial district and hotbed of radical politics known in the 19th century as the ‘Catalan Manchester.’ However, between 1970 and 1990, more than 1300 companies in the areas, mostly textile firms, closed leaving a decaying post-industrial landscape.

"22@ is increasingly regarded as a ‘smart city.’ We wanted to be part of that as Barcelona moves to the next level."

Since 2000, 200 hectares of land are being developed to become the city’s technology and innovation district and PATRIZIA is in the thick of it with a number of exciting projects.

“We have been investing in Spain since the mid-1990s, through a number of different market cycles,” says Paul Hampton, Head of International Fund Management. “We have an experienced, talented team on the ground, and we firmly endorse their view that 22@ is everything that our investors would want to be part of. 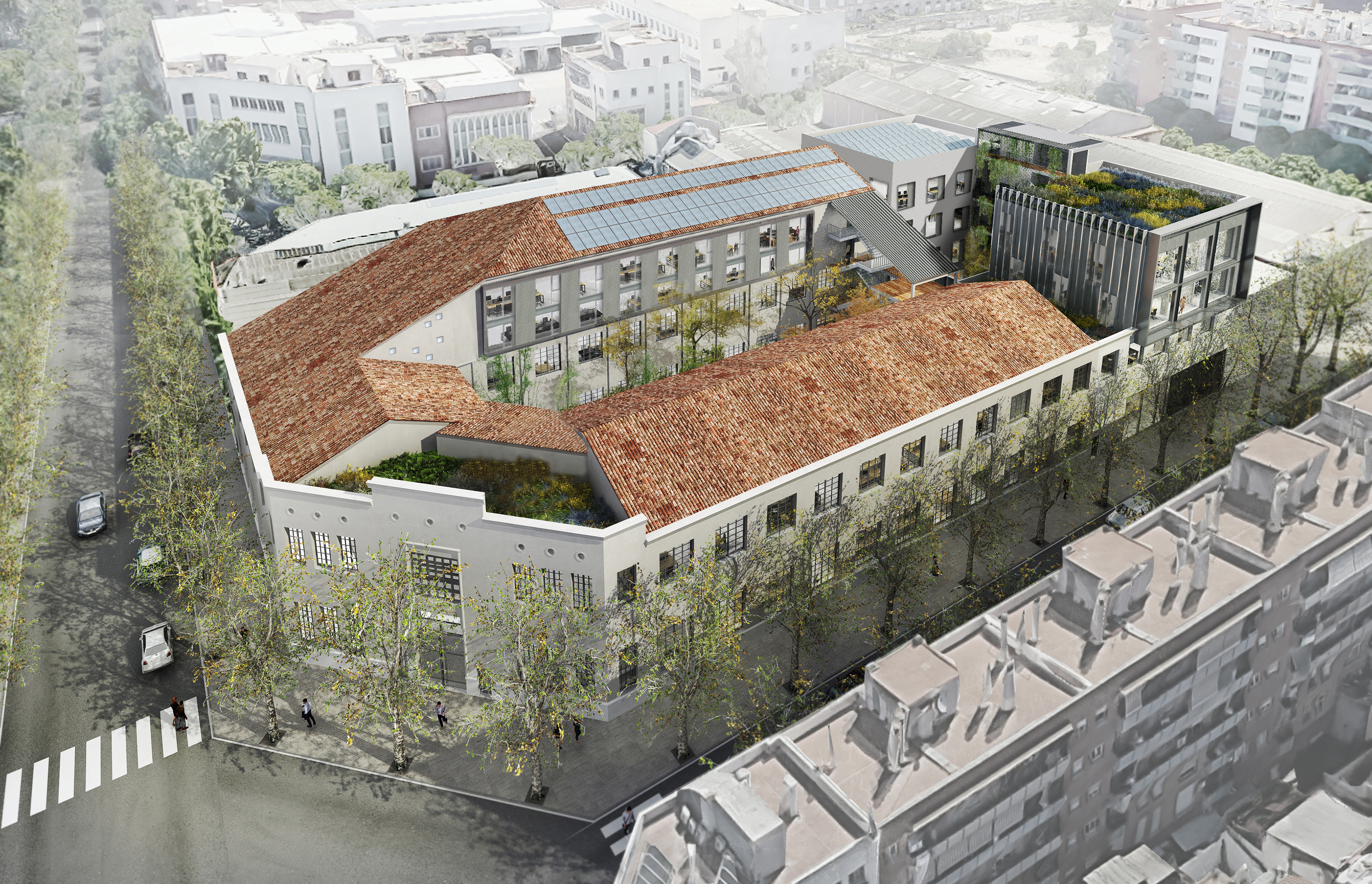 The Poblenau area is wedged in an area near the Barcelona Zoo bordered by the Mediterranean and almost within the shadows of the soaring spires of Gaudi’s Sagrada Familia. The area houses universities, research and training centres, startups and cutting-edge technology companies.

“What caught our eye was not just the basic economics and demographics – that people want to live there and that the universities are expanding -  it was also that 22@ is increasingly regarded as a ‘smart city.’ We wanted to be part of that as Barcelona moves to the next level.”

As part of its focus on communities and quality of life, 22@ has, for example, 12,000 sensors installed throughout the central business areas that collect information on weather, traffic and air quality.

On behalf of clients, PATRIZIA has invested in five assets in the area. Two are refurbishments of old industrial space and the goal is to create sustainable buildings reflecting the changing environment into one of mixed use.

"It is the mix of uses that we like about 22@. How the office and living spaces are revitalising the quarter to create a new, compelling lifestyle experience." 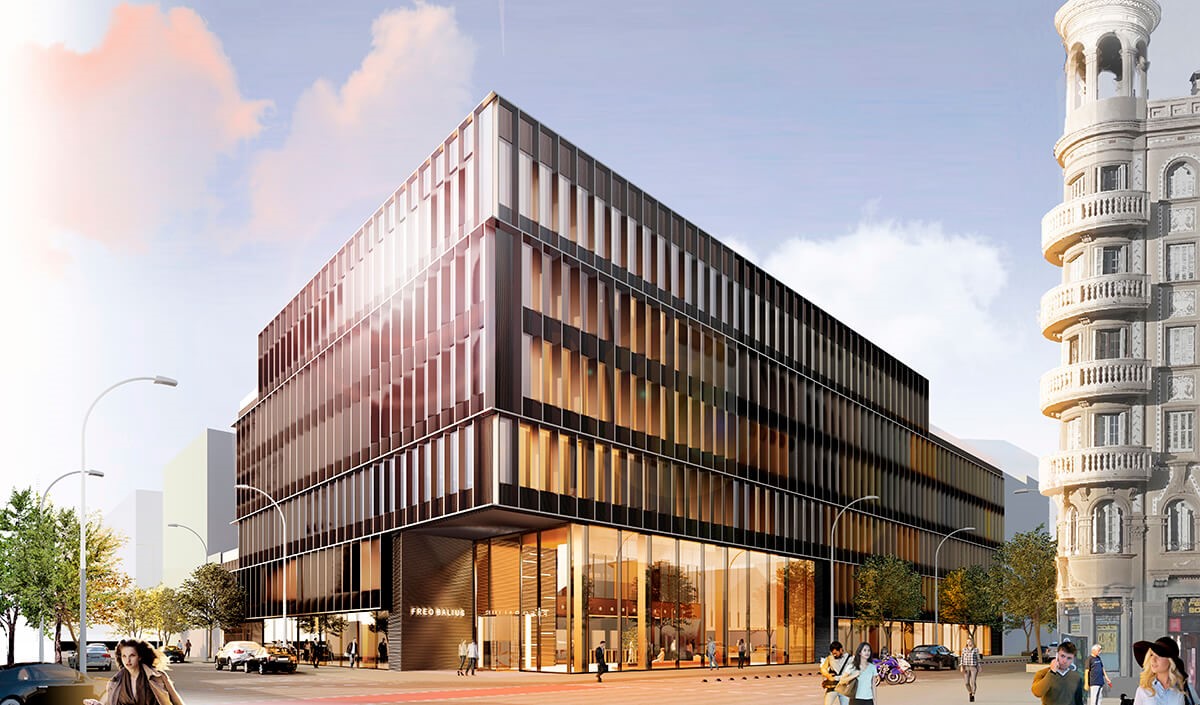 Upon its expected competition in late 2021, the Diagrame will offer future tenants a location at the intersection of Pere IV and Badajoz streets with quick access to public transport, restaurants and shops, as well as to residential areas and Mar Bella beach.

Eduardo de Roda, PATRIZIA Country Manager for Iberia, says that, “Although the 22@ district is one of the largest urban regeneration areas in Europe, there is still a major shortage of Grade A office stock in that area and the Diagrame building addresses that demand.”

With that transaction, PATRIZIA expanded its presence in the highly prized business district, to span more than 43,000 sqm.”

But it is not only offices PATRIZIA is investing in. Last year the company acquired a new residential building with 59 apartments and an area of 7,000 sq.m just a few metres from the Glorias Tower in the heart of the 22@. Among the shared areas are a rooftop swimming pool, playground and gym. The purchase took the total value of assets in the area managed by PATRIZIA to €200 million.

“It is the mix of uses that we like about 22@,” explains de Roda. “How the office and living spaces are revitalising the quarter to create a new, compelling lifestyle experience.”

Ambitious ESG project will save €10.5 million for…